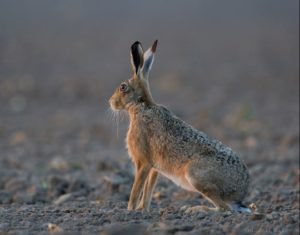 George Eustice has today  called for a new close season to protect hares during their breeding season as official statistics showed that around 300,000 of them are shot for sport every year.

Hares are an iconic animal for many in the country, but the failure to arrest the decline in numbers have seen calls increase for the introduction of a close season. It is estimated that the UK wide population has fallen from four million in the late 19th Century to under 800,000 now. This is predominantly an animal welfare issue in that dependent baby hares (leverets) are left to starve if their mother is shot.

The 10 Minute Rule Bill would provide a long overdue update to the 1892 Hares Preservation Act which no longer works to deliver its intended purpose. Now more than 127 years later the Bill would simply introduce a modern close season consistent with that which we already have on other mammals and birds in legislation like the 1981 Wildlife and Countryside Act, and similar to the close season already in place in Scotland.
George said, “Even the Victorians recognised the importance of protecting hares during their breeding season but the 1892 Hares Preservation Act was delivered through a ban on sale and its provisions are longer effective, nor enforced. These days hares are shot for sport and generally not sold in markets and the Victorian legislation also predates the advent of refrigeration and freezer technology.

“Orphaned, dependent leverets perish when their mother is killed and there are pressures on the hare population. England and Wales are among the few remaining European countries that do not have a modern close season on shooting hares during their breeding season which is a terrible oversight. The legislation I propose would update the law by putting in place a ban on the killing of hares during the breeding season similar to that in Scotland and consistent with the approach we take to other close seasons on mammals and birds.”