Congratulations to Rt Hon Theresa Villiers MP for being appointed as the Secretary of State for the Environment, Food and Rural Affairs 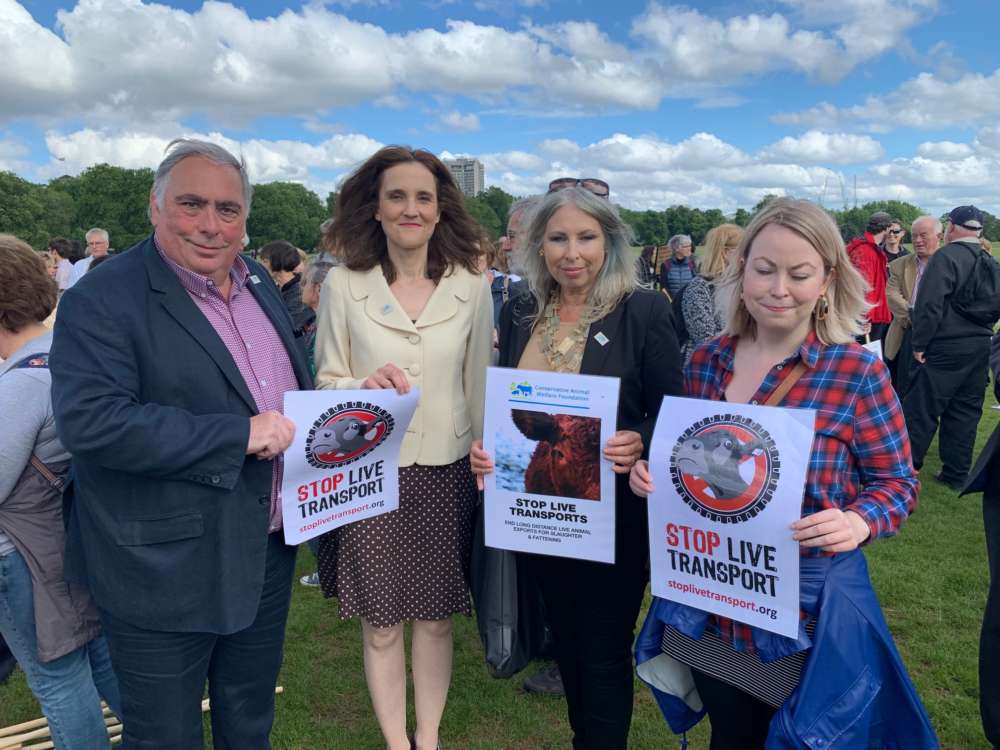 Congratulations to our Patron Rt Hon Theresa Villiers MP for being appointed as the Secretary of State for the Environment,Food and Rural Affairs.

Theresa Villiers works hard to advance animal welfare and introduced a Bill in Parliament end live animal exports for slaughter and fattening. She led a Westminster Hall debate ‘Animal Welfare Standards in Farming After the UK leaves the EU’ which took place on 24 January 2017.

We work with Theresa to end live exports, end cages for egg laying birds , end pig farr0owing crates and for the introduction of method of production labelling so consumers can make an informed choice when buying meat and dairy. Method of production labelling is a huge driver to advance welfare for farm animals and follows the free range egg model which has seen demand for free range eggs increase hugely away from caged produced eggs.

Theresa recently hosted an event to end the cage age for farm animals in May 2019 for CIWF.