Our Submission to the National Food Strategy Independent Review 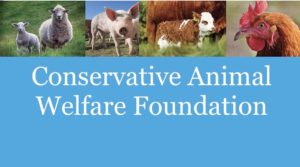 2. Government procurement to drive the shift to a high welfare British farming industry.

3. Government funding to mitigate the costs to consumers and farmers of increasing welfare standards.

Introduction
Britain should move away from industrialised farming which focuses on producing low-cost food at the cost of immense cruelty to animals, risks to public health and environmental destruction.
British farming cannot compete on cost alone. In a post-Brexit world, quality and high animal welfare must become part of Britain’s international brand. And the government has the objective for Britain to have the world’s best animal welfare standards.
This is best achieved through a mandatory animal welfare labelling system. All animal-derived products (including imports) would be required to indicate the level of animal welfare used to produce them, including method of slaughter.
Consumers, armed with this information, would make informed choices that will drive welfare improvements across the farming industry.
The government would procure only high welfare products. It would also educate the public about the merits of switching from low welfare to high welfare products and avoiding environmentally damaging products. It would encourage less and better meat and dairy consumption and increased consumption of plant-based food to improve public health and protect the environment.
The costs involved in moving to higher welfare standards should not be borne by farmers or consumers. As a public good, the government should bear the cost of better welfare standards.
This combination of financial assistance to transition, increased demand from informed consumers and protection from low welfare imports will ensure the health of the British farming industry.

Animal Welfare Labelling ( Method of Production Labelling)
Animal welfare standards are too low. More people are embracing vegetarian principles and the switch from battery cage to free range eggs is evidence of the public’s concerns.
The time has come to allow consumers to make informed choices though a system of animal welfare labelling to be applied to all food products sold or used in the United Kingdom. There would be two levels:

• SILVER would be a minimum level of humane animal husbandry practice

• GOLD would be based on the current best practices being followed by producers who rear animals in high welfare conditions.

The label would consist of a small silver or gold animal that would be placed on all animal products sold or produced in the United Kingdom.

Imports
A clause requiring imports to meet UK animal welfare standards would be included in any trade agreements to avoid British farmers being undermined by low welfare imports.
Husbandry Practices
Appendix 1 sets out of the husbandry practices which are currently permitted and the proposed Silver and Gold labels. Some of the changes we are seeking include:
1. Phase out intensive farming systems such as battery hen cages and pig farrowing crates.

6. Halt the zero- grazing of cows and provide incentives to keep cows in pasture-based systems.

7. End live exports for fattening and slaughter
In addition to these species-specific measures, antibiotic use in animal husbandry should be reduced as a means of reducing risk to human health. Higher welfare with less crowding should assist in the reduction of the routine use of antibiotics.

Regulatory System
The Food Standards Agency would implement the new labelling regime through:
1. Enforcement of the Animal Welfare Act 2006 and any subsequent legislation.

2. Accreditation, assurance and audit of animal products producers and processors in the UK and imported goods

Government Procurement
The government through its procurement power should take the lead and set the standards for animal welfare.
The public sector spent £2.4 billion in 2014 on purchasing food and drink, of which £600m was imported (“A Plan for Public Procurement” Dr Peter Bonfield, DEFRA 2014, p7). Of this, we estimate that £1 billion was spent on animal products.
Substantial government purchases in combination with a gold label allowing consumers to make informed choices would turbocharge the development of a high animal welfare industry, particularly among small farmers.

Funding
Higher welfare would increase farmers’ production costs and the price of food for consumers and the government.
1. Government should assist farmers to move to higher animal welfare through a mix of:

2. Government should compensate consumers for the costs of moving from current standards to the silver standard, possibly through changes to income tax thresholds etc.

3. A move from the silver standard to the gold standard by consumers is discretionary and there is no need for government to fund this.

4. Government procurement of high welfare products will increase costs. However, these cost increases could be moderated by changing the mix of animal products and fruit and vegetables, as has been achieved by institutions in the United States and Scandinavia.

Cost & Cruelty Matrix
The government should assess the economics of shifting to higher welfare levels. It should develop a matrix which compares the costs of changing husbandry practices against the cruelty of those practices.

Other Recommendations
Other practices that involve cruelty or destruction of the natural environment are common. The review should consider bans on:
1. import, consumption and use of shark fins and other exotic or endangered animals
2. cooking seafood alive (such as boiling lobsters)

Conclusion
Our food culture gives great weight to low prices. However, the public is increasingly concerned about how low-cost low welfare animal products impact upon animal welfare, the environment and public health. A new food culture including a labelling system must be created which cares about the nutritional quality of food and values farming methods that protect the environment and animals.

The Conservative Animal Welfare Foundation (CAWF) calls for the introduction of an animal welfare labelling scheme( method of production labelling ) for all meat and dairy products and for public procurement to take the lead and set the standard to argument the market for food produced to high nutritional, environmental and animal welfare standards.
Sir David Amess MP, Patron of CAWF commented:
“It is important that consumers know which products have been produced in accordance with high standards of animal welfare: I therefore support calls from the Conservative Animal Welfare Foundation to introduce an animal welfare labelling scheme for meat and dairy products. I believe that such a programme would benefit producers who already adhere to high standards and represent a significant challenge to those who are willing to sacrifice the dignity of animals for improved profit margins.”

Peter Hall AM, the Director of CAWF, said: “Britain should move away from industrialised farming which focuses on producing low-cost food at the cost of immense cruelty to animals, risks to public health and environmental destruction. British farming cannot compete on cost alone. In a post-Brexit world, quality and high animal welfare must become part of Britain’s international brand. And the government has the objective for Britain to have the world’s best animal welfare standards. This is best achieved through a mandatory animal welfare labelling system. All animal-derived products (including imports) would be required to indicate the level of animal welfare used to produce them, including method of slaughter. Consumers, armed with this information, would make informed choices that will drive welfare improvements across the farming industry. The government would procure only high welfare products. It would also educate the public about the merits of switching from low welfare to high welfare products and avoiding environmentally damaging products.”
“Brexit provides an unprecedented opportunity to take back control of British food production and for more farmers to shift from volume to quality production. The Conservative Animal Welfare Foundation is calling for this labelling of all meat and dairy products because this is the best way to level the playing field for higher welfare products and allow this important market to grow. By providing consumers with accurate farm system labelling we can help safeguard the future of British farming.”

A market based primarily on volume production presents challenges for the farming industry. Competing on price alone is forcing many farm businesses to close. Instead Britain should expand the welfare quality market at home and help build a robust brand based on these values.

Mandatory method of production labelling has been in place for shell eggs since 2004, and the UK pig industry adopted voluntary method of production labels in 2010. Despite this enlightened action by the pig industry, and the remarkable success of the scheme. the approach has not been replicated for other UK farm species. It’s particularly difficult for consumers to drive standards in UK dairy production as most milk is pooled making it impossible to distinguish milk and cheese from permanently housed or seasonally grazed herds.

“In this day and age when accurate information is readily available, this is a simple and effective way in which we can help the British Public become better informed about the food they are purchasing and consuming. By implementing a simple labelling scheme, we can demonstrate the high standards that should be expected in the United Kingdom, priding ourselves on being at the forefront of Animal Welfare, education on public health risk and how we can best improve our environment.”

The Conservative Animal Welfare Foundation is calling on the government to take the lead in providing certainty for higher welfare farmers though a clear, honest framework of method of welfare labelling.
Lorraine Platt ,Co-Founder added, “Where method of production labelling exists, as it does for shell eggs and UK pork, it is popular with farmers and with consumers. Labelling has meant that consumers can identify higher welfare products, allowing this higher value market to expand, and as a result many farmers have taken the chance to grow their businesses. Farmers producing chicken, beef and dairy should have the same opportunities to grow their businesses. Labels drive demand and add value. They’re the only real tool that we consumers have to communicate our preference for higher-welfare products to producers. Labels empower us to drive standards more effectively and to reward farmers who invest in better farm animal welfare.”