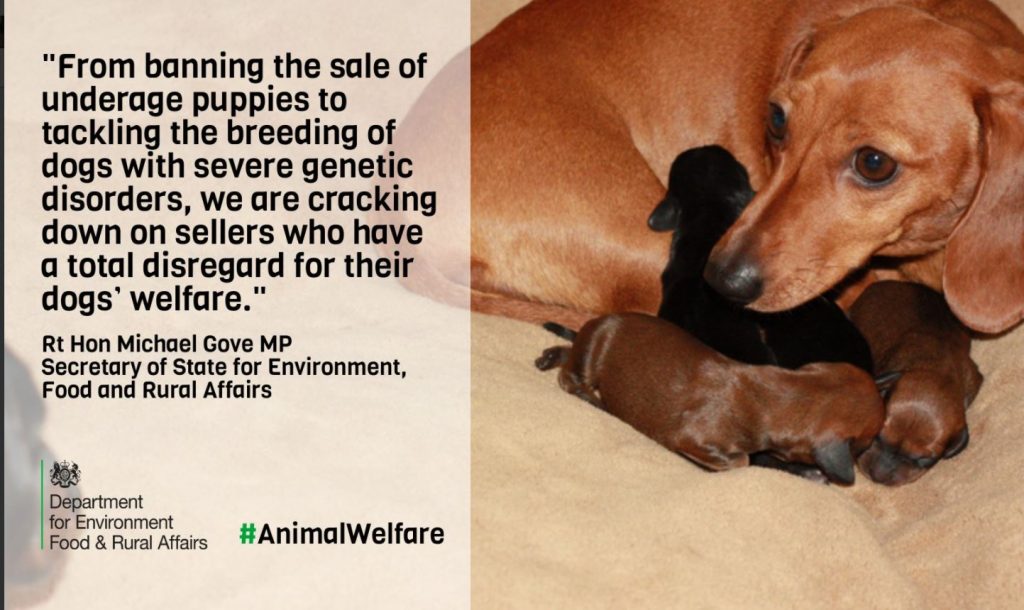 Conservative Animal Welfare Foundation are delighted that a ban on puppy sales by pet shops and other third- party dealers in England is being considered by the Government.  The announcement was made on the 8th February.

Under the proposals, people buying or adopting a dog would deal directly with a breeder or rehousing centre. 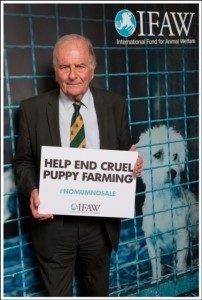 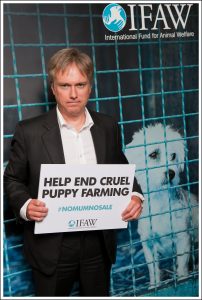 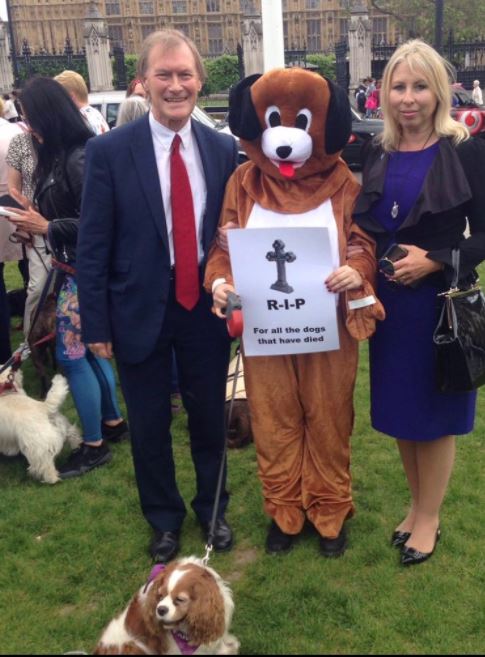 “Conservative Animal Welfare Foundation are delighted at the announcement and we stand against the large scale, low welfare commercial breeding of puppies for profit. Our MP Patrons have been active in calling for a ban on puppy farms to make people aware of the grim reality of puppy farming and dogs which may have been taken from their mothers too soon, before they are eight weeks old. Puppies may have been transported long distances,  with little concern for their health or welfare and farmed in squalid conditions.  Mothers suffer too, being made to produce litter after litter. All too often these breeding bitches are the forgotten victims of the puppy trade. The current legislation which covers the licensing of puppy farms is badly inadequate . We support a ban on third party puppy sales which will help to bring an end to the suffering.

We proposed a ban on the third party puppy sales in our Animal Welfare Document which we delivered to No10 with our Patron Sir Roger Gale MP in January 2017.  On behalf of our campaign, I called for an end to third party puppy sales at my  private meeting with the Secretary of State Mr Michael Gove two weeks ago . I am very pleased that action to tackle this cruel trade is taking place. We thank Michael Gove for this”. 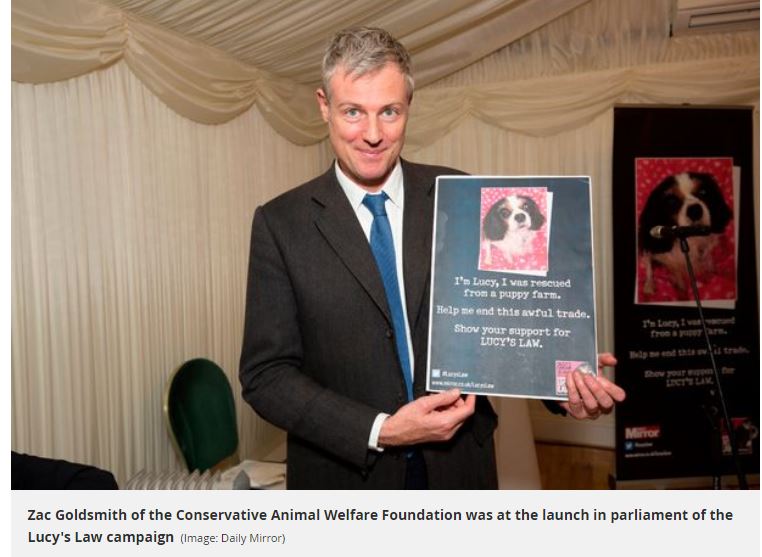 A ban on third party puppy sales is to be explored by the government as part of a package of reforms to drive up animal welfare standards, the Environment Secretary Michael Gove has announced today.

A call for evidence is launched today seeking views on a possible ban on third party sales, which would mean anyone looking to buy or adopt a dog will either deal directly with the breeder or with one of the nation’s many animal rehousing centres.

A raft of measures to crack down on unscrupulous puppy breeders set out by the Prime Minister in December have also been laid in Parliament today.

We need to do everything we can to make sure the nation’s much loved pets get the right start in life. From banning the sale of underage puppies to tackling the breeding of dogs with severe genetic disorders, we are cracking down on sellers who have a total disregard for their dogs’ welfare.

This is a further step to raise the bar on animal welfare standards. We are also introducing mandatory CCTV in all slaughterhouses and increasing maximum prison sentences tenfold for animal abusers.

The legislation being put before parliament today will come into force later this year, including:

These plans have been widely welcomed by charities.

We are delighted that Defra is considering a ban on third party sales of puppies. We believe that cracking down on unscrupulous traders, who put profit ahead of animal welfare, will provide much-needed protection for prospective pet owners and puppies.

We have always said that an end to third party sales alone would not be enough to end the puppy trade crisis and we are pleased that this is being looked at alongside enhanced licensing conditions for breeders which will come into force later this year.

Together, we hope these moves will offer better protection to puppies and their parents and also reduce the number of families duped by rogue traders in this illegal multi-million-pound trade.

We are really pleased today to hear that there will be a call for evidence on banning third party sales of animals. It is a real issue that animal welfare organisations are very concerned about. Getting a dog or cat is not a commercial business and these big puppy farms have no regard for their health or welfare.

Owners are being duped into buying animals from these places and the resulting sickness and poor treatment means there is also an additional burden on animal welfare charities that are mopping up the problem.

Third party sales are an underhand practice designed to protect puppy farmers with terrible consequences for dog welfare. Puppy buyers unknowingly purchase a puppy from a seemingly nice dealer in pleasant surroundings, who would in fact have purchased the puppy from a backstreet dealer who has given no thought to their health and welfare.

There is simply no way that a responsible breeder would ever sell a puppy to a pet shop or a pet dealer and we are delighted to see this issue getting the attention that it deserves. Good breeders, such as Kennel Club Assured Breeders, always insist on speaking at length to potential puppy buyers to ensure their pups will be given good homes.

Launching the call for evidence on a ban, Environment Secretary Michael Gove invited all interested parties to share their views by 2 May 2018 on how this could best be introduced.

The government recently consulted on plans to increase maximum prison sentences for animal abusers to five years and recognise animal sentience in domestic law. The consultation closed on 31 January and we are now considering the responses. We will set out next steps in due course.

We are grateful to all campaign groups and organisations who campaign to end puppy farms, especially to Pup Aid’s Marc Abraham, IFAW, Lucy Cavalier, the Mayhew Dogs Home and many more