The event took place at the home of the organisation’s Chairman, Elise Dünweber, (Conservative Animal Welfare Foundation Patron) in Oxshott in Surrey.

John is the Vice president of the European Parliament’s Animal Welfare Intergroup and spoke on his ground-breaking book’ Animals Can’t Vote But You Can!’which was launched at the joint Conservative Animal Welfare Foundation and Conservative Environment Network joint fringe reception at the Conservative party conference on 1 October  hosted by Zac Goldsmith MP.

John urged for animal sentience to be enshrined in UK law when the UK leaves the EU. Action was called to end live exports for slaughter and fattening, an end to foie gras imports and cages for egg laying birds and pig farrowing crates and for Method Of Production labelling to be introduced. John talked on the harmful impact industrial agriculture has on  our health,the environment and animal welfare, and the benefits of eating less and higher welfare meat and a move to more plant based options. John talked on cellular agriculture where meat is grown in laboratories.  This new cultured meat initiative has been heavily invested in by household names including Bill Gates and Sir Richard Branson. The future of the’ Beyond Meat’ plant based burger was raised, which  is now  increasingly available in UK  restaurants and has been welcomed as a healthy delicious alternative to meat burgers.

A Question and Answer session with the audience followed John’s speech and questions included ending non stun slaughter, concerns on the lack of availability of higher welfare products in small express supermarkets and the responsibility of supermarket retailers to provide more higher welfare meat and dairy products in their stores rather than intensively produced lower welfare products.

A spectacular limited edition print of wild penguins’ World’s End’ was kindly  donated by one of Europe’s celebrated wildlife photographers to help raise money for animal welfare in a silent auction. A raffle of two  exclusive House of Commons  bottles of champagne signed by the Prime Minister and Rt Hon Dominic Raab MP also took place.

“We are delighted that John gave a talk at our local Conservative Women’s Organisation and everyone here today will have a copy of John’s important book. Conservative Animal Welfare Foundation is a grass roots led movement and we want everyone to stop and think of the messages in the book and how we can all take action to help make a difference -animal welfare is of increasing concern to the majority of the public. Our Prime Minister Theresa May recently said that animal welfare is a priority for the Government, and we welcome this and the recent positive announcements to advance animal welfare, including the micro- beads ban, mandatory CCTV in all slaughterhouses, the ban on UK Ivory Sales, increased cruelty sentencing, a ban on third party dog sales,  and steps to control and maybe ban live exports when the UK leaves the EU.

While progress is being made there is much more we can do.  We must move away from intensive industrial farming which causes immense suffering to farm animals who have no quality of life, all in the name of cheap meat and milk. The animals pay the price, not us. Industrial agriculture is the biggest cause of animal cruelty where farm animals are routinely subjected to painful mutilations such as beak trimming, teeth clipping, tail docking and confined to small cramped cages and farrowing crates with little or no room for movement or natural behaviours. We have all read in the news of the appalling days long journeys that little Scottish weeks old calves have endured during live exports to be incarcerated in cruel veal systems banned in the UK and face slaughter in Spain. Meat should be transported on the hook and not on the hoof. The UK rightfully banned cruel veal crates, sow stalls and fur farms and it is long overdue for us to ban live exports for slaughter and fattening. It’s now the time to ban this vile trade which causes immense unnecessary suffering to sentient animals.We hope today’s event will help bring further attention and action for our push to end live exports which is massively supported by the public. ” 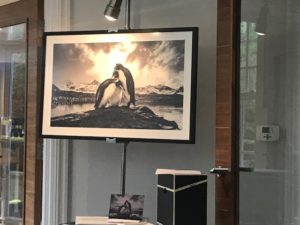 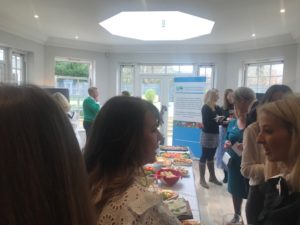 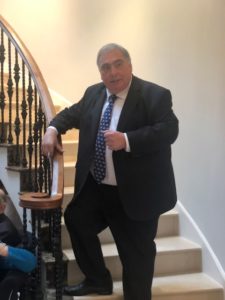