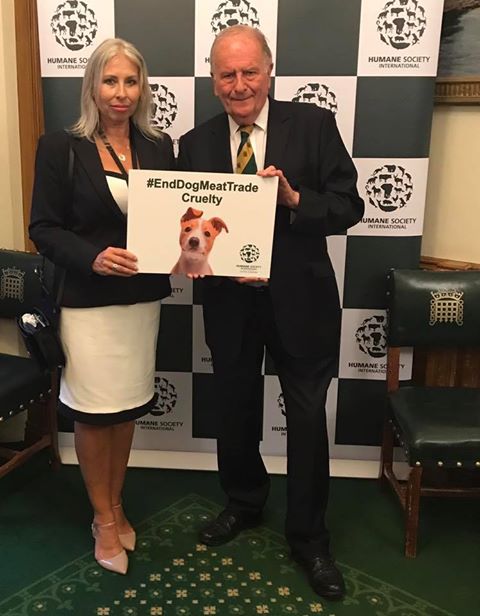 South Korea is the only country in the world known to intensively breed dogs for human consumption. Thousands of dog meat farms across the country breed an estimated 2.5 million dogs each year who are confined in small, barren cages outdoors. They live in states of perpetual fear, boredom, hunger and disease, often resulting in self-mutilation. For those who survive, their fate is a brutal death at one of the nation’s markets or slaughterhouses.

Most people in South Korea don’t regularly eat dog meat. Public opinion is turning and, like us, they agree that dogs are friends not food and that all dogs are equally worthy of compassion and protection from cruelty.

On the eve of the Bok Nal days – South Korea’s hottest days of summer during which more than one million dogs will be killed and eaten – animal protection charity Humane Society International and MP for Crawley Henry Smith- ( our Conservative Animal Welfare Foundation Patron) hosted a VIP reception in the Palace of Westminster to shine a spotlight on the cruelty. The Only Way Is Essex’s Pete Wicks, Gogglebox’s Sandi Bogle and Downton Abbey’s Peter Egan, joined MPs and campaigners for an exhibition of powerful images and inspiring stories of some of the 850 dogs that HSI has rescued from ‘death row’ on South Korea’s dog meat farms. Wildlife TV presenter Anneka Svenska and TV vet Marc Abraham attended to add their full support to the campaign. 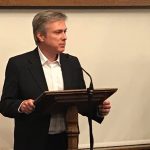 An estimated 30 million dogs a year are killed for their meat in Asia, mainly stolen pets and stray dogs snatched from the streets. South Korea is the only country known to intensively farm dogs for human consumption. More than 2.5 million dogs spend their whole lives in barren metal cages on those farms before suffering agonising deaths by electrocution or hanging. The majority of dog meat, as much as 80 percent, is consumed during Bok Nal season, the three hottest days of the year between July and August. As part of its campaign to end the dog meat trade, HSI has so far permanently closed down eight dog meat farms in South Korea, working in partnership with dog farmers to help them transition to new, humane livelihoods such as blueberry growing.

More than 850 dogs have been rehomed, eight of whom have started their new lives in their forever homes in the UK. Millions of dogs are still suffering on farms in South Korea, but HSI is hopeful that attitudes are changing – most young Koreans don’t regularly eat dog meat and Korean activists against the industry are growing in strength and number. There is diplomatic hope too: South Korea’s new President Moon Jae-in recently adopted a dog meat farm rescue called Tory and the British Ambassador in Seoul adopted Caspian from a farm closed by HSI earlier this year. HSI is aiming to work with the South Korean government to end the trade for good, working with the growing number of farmers who want to transition to alternative livelihoods. The charity’s rescue team is currently in Seoul preparing for its ninth dog farm closure.

Attendees last night were able to experience the grim life on a dog meat farm through HSI’s virtual reality experience iDog, as the charity launched its new global petition calling for an end to the trade 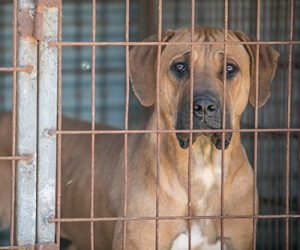 Speaking at the event, actor  Peter Egan shared his own personal experience of joining HSI’s rescue team in South Korea at the end of last year: “The dog meat farm I visited with HSI was like something out of a horror story, a dreadful place where 200 beautiful dogs were kept in deplorable conditions until they’re sold or slaughtered. I am still haunted by the gut-churning stench of that place. Learning about the hundreds more dogs rescued by HSI from facilities just like the one I experienced, fills me with hope that we might one day be able to end this barbaric business once and for all.”

“We are thrilled to bring celebrities, politicians and campaigners together to share in and amplify our campaign to take dog meat off the menu,” said HSI UK’s Executive Director Claire Bass. “Attitudes and behaviours are changing in South Korea and we’re hopeful that the country’s new president will take action to hasten an end to the dying dog meat trade, helping millions of dogs and thousands of dog meat farmers.”

Sponsor of the event, Henry Smith, Conservative MP for Crawley and Co-Chair of the All Party Parliamentary Group on Animal Welfare, said: “I was delighted to sponsor this event, in support of HSI’s campaign to end South Korea’s inhumane dog meat trade. Asia’s dog and cat meat trade is a source of enormous concern for many millions of British people, and HSI’s stories of farms closed and dogs rescued give cause for optimism that the suffering will stop. I know I speak for many MPs who support our government using diplomatic channels to encourage positive change for dogs in South Korea.” 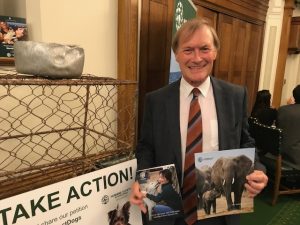 Most people in South Korea don’t regularly eat dogs, and the practice is increasingly out of favour with the younger generation who is rejecting dog meat.
During the Bok Nal days, 70-80 percent of dog meat is eaten in South Korea, mainly as a peppery soup called bosintang that is believed to improve stamina and virility.
Most people in South Korea never visit a dog meat farm and are unaware of the suffering experienced by the dogs. HSI is keen to dispel the widespread misconception that farmed dogs are somehow different in nature to companion dogs.
There are an estimated 17,000 dog meat farms in South Korea, breeding more than 2.5 million dogs annually.
In addition to their life of suffering on the farm, the method used to kill the dogs is brutal – death by electrocution is most common, with dogs usually taking up to five minutes to die, although there have been instances of dogs taking up to 20 minutes to die. Hanging is also common. Dogs are killed in full view of the other dogs, and their final moments will be terrifying and extremely painful.
The dog meat industry is in legal limbo in South Korea, neither legal nor illegal. Many provisions of the country’s Animal Protection Act are routinely breached, such as the ban on killing animals in a brutal way including hanging by the neck, killing in public areas or in front of other animals of the same species.

We urge the South Korean government to protect all dogs and cats from the cruel dog meat industry.