Our Patron Sir Roger Gale statement on the Agriculture Bill 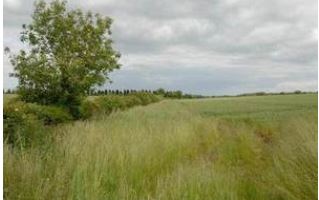 This week sees the second reading of Michael Gove’s Agriculture Bill which will, it is expected, pave the United Kingdom’s post- Brexit approach to farming and to the stewardship of our countryside and to the long- term prospects for farm and wildlife animal welfare.
The bill introduces a new concept of ‘public good’ to the established practice of subsidy payments to landowners and farmers. With the Common Agricultural Policy behind us there clearly has to be a new basis upon which to offer the support that many farmers have come to rely upon not to prosper but, in some cases, just to make ends meet.

The Rural Payments Agency has, it is generally accepted, not been an unqualified success and many small farmers have, because of meddlesome and unnecessary bureaucracy, found themselves facing embarrassing cash flow problems as a result of late payments. Bridging payments, designed to alleviate these problems, have tended to resemble the rearrangement of the deckchairs on a sinking ship and that The Secretary of State has pledged to cut a swathe through the red tape can only be welcome news.

‘Public Good ‘ , though, are not designed as a straight substitute for European subsidies but will embrace the whole approach to the custody of our rural landscape and, for the first time, farm animal and wildlife welfare.

There are real opportunities, once we have left the EU with its ‘free trade’ policy to, for example , end the transport of live animals for slaughter. Michael Gove is known to be sympathetic to a ban but there are other powerful voices within Government, particularly north of the border and in Ireland, that are resistant to change and it is easy to see how good intentions could become bargaining chips as we seek fresh trade agreements beyond the shores of Europe.

We enjoy, already, some of the best animal husbandry and practices in the world. Our farmers have been penalised for observing those standards while seeing our borders opened to imports of meat, for example, produced in Europe under conditions that would simply not be permitted in the UK. Now is the time, even at modest additional cost, to back our farmers, to buy British and to impose the importing, from anywhere in the world, of foodstuffs that do not meet our own exacting standards. The Conservative Animal Welfare Foundation, of which I am a patron, pressed these points at the Party Conference and although not widely reported – there were one or two other issues that dominated the headlines !- real progress is being made. We look to the Agriculture Bill to give that process another shove in the right direction.