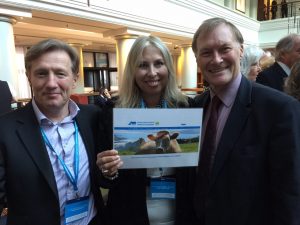 Sir David Amess MP has been appointed a Patron of the Conservative Animal Welfare Foundation.

“We are delighted and honoured that Sir David Amess is joining us as our Patron along with Henry Smith MP and Sir Roger and Lady Suzy Gale. Sir David is passionate about animal welfare and introduced the legislation for the Protection Against Cruel Tethering Act, sponsored the Horses and Ponies Bill in 1984-5, Pet Animals Bill in 1990 and sponsors the Responsible Pet Ownership Competition for MPs and Peers. David won the Dods Animal Welfare and Environment Award where he was recognised for his leading role in and commitment to animal welfare. The award is given to the Parliamentarian who has done the most to tackle issues concerning the welfare of animals and the natural environment. David served on the Health Select Committee from 1998 until 2007. Due to his role on the Health Select Committee, David became one of the most prominent Conservative spokesmen on Health issues, becoming Chair of the Conservative Party Backbench Committee for Health in 1999. He has campaigned on various health issues since. While a member of the committee, David played a prominent role holding an inquiry into the state of obesity in the UK, leading to the publication of a report in 2004. We look forward to working with Sir David to help advance our campaigns.”

The Conservative Animal Welfare Foundation was established earlier this year to raise awareness of the billions of animals reared on intensive farms around the world, and how this impacts upon animal welfare, the environment and people’s health. The campaign focuses on the mandatory introduction of CCTV in slaughterhouses, the end of live animal exports, an end to cages and farrowing crates and the introduction of method of production labelling on meat and dairy products