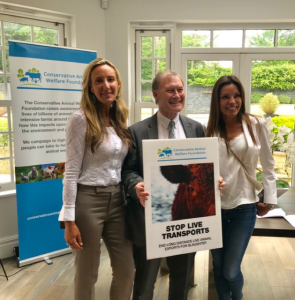 On Friday 11th May, Sir David Amess MP spoke about a number of animal welfare issues at an Esher and Walton Conservative Women’s Organisation lunch event.

The event took place at the home of the organisation’s Chairwoman, Elise Dünweber, in Oxshott and was organised by the Conservative Animal Welfare Foundation. The MP for Southend West spoke about his support for the Conservative Animal Welfare Foundation’s campaigns to end pig farrowing crates, cages for egg laying birds and for the introduction of method of production labelling. Sir David spoke of the suffering involved in animal testing, the increase in badger baiting and the plight of Asian elephants who are taken from the wild and subjected to cruel training practices to provide unethical rides for tourists.

He also spoke highly of the Environment Minister Michael Gove for the recent positive announcements to advance animal welfare, including the microbeads ban, CCTV in all slaughterhouses, the ban on UK Ivory Sales, increased cruelty sentencing and much more. Sir David also gave a speech on the need for a ban on live animal exports.
Sir David was joined by Lorraine Platt, co-founder of the Conservative Animal Welfare Foundation, who also spoke at the event. We were very honoured for our Co- Founder Lorraine Platt to be praised before the audience by Sir David Amess for her dedicated work to advance animal welfare within the party by leading the campaigns. 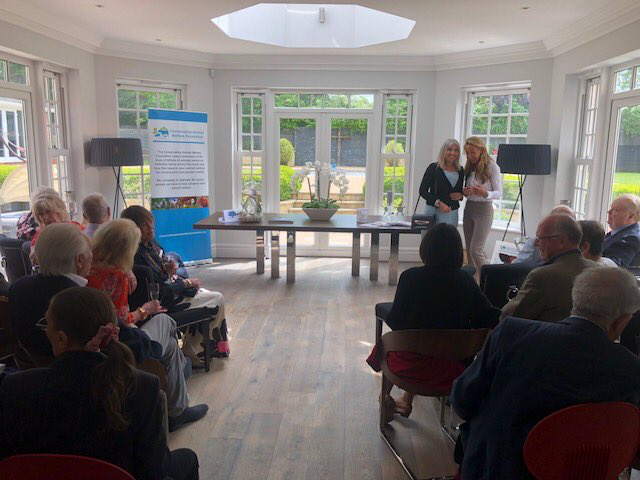