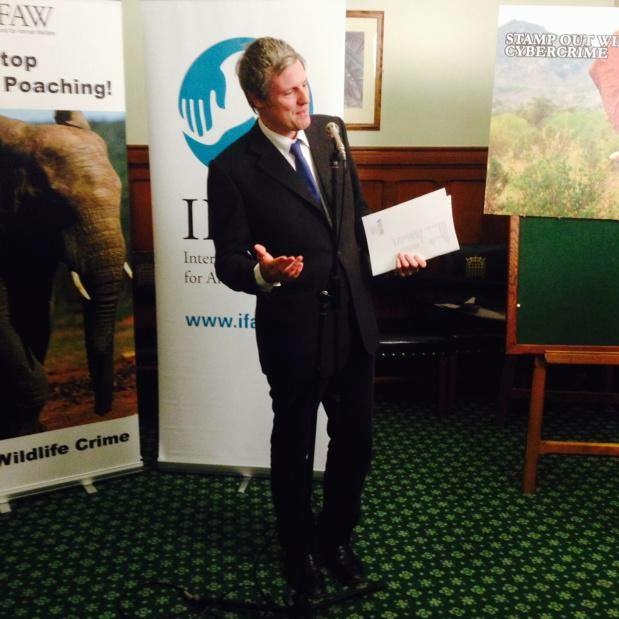 Zac Goldsmith MP writes in his most October update:

“Since the election, and the appointment of Michael Gove as Environment Secretary, we have seen some real progress on environmental and animal welfare issues. Here is a very brief update:

And on Friday we heard that there is to be a total a ban on the ivory trade – something I have been championing for some time. See my article on the issue in The Times:https://www.thetimes.co.uk/article/elephants-get-a-lifeline-with-total-ivory-ban-l5lwhpcr3

There is more to come.

I am hoping for steps from DEFRA to remove those pesticides that are known to be wiping out our bees. And I look forward to seeing an end to the live exports of animals for slaughter – something we are not able to do as part of the EU, but which we will be able to do post-Brexit.

But the biggest opportunity today is reforming the Common Agriculture Policy. We spend around £4bn each year through the CAP, and the majority of that is effectively handed out to people simply for owning land – even if they despoil it. A new regime will allow us to make those payments absolutely conditional on good stewardship of the land.

FYI only, I made a short film for Channel 4 recently to highlight some successes and to press the Government to go further.” You can watch it here: http://www.zacgoldsmith.com/brett/

Read the Conservative Environment Network  new collection of essays by Conservative politicians  making the case for cross -departmental working to embed environmentalism in everything that we do here: http://cen.uk.com/wp-content/uploads/2014/02/CEN-Thinking-differently-about-our-environment-final.pdf

These personal reflections cover topics from horticulture to the circular economy and demonstrate the drive amongst conservative politicians for good environmental policy across government. It is clear that when this approach is taken, it can have untold benefits in often surprising ways.

It was launched by the Secretary of State for Communities and Local Government, Rt Hon. Sajid Javid MP, the Environment Minister, Dr Therese Coffey MP and Rebecca Pow MP with the support of dozens of Conservative MPs. The pamphlet has now gone into its second print run due to high demand.