A 10-point plan to protect animal welfare was unveiled by a group of animal charities on the 28th February at a reception in the House of Lords, hosted by Baroness Parminter.

The plan, drawn up by charities including the RSPCA, Compassion in World Farming, Onekind, the Donkey Sanctuary, Animal Defenders International, Cats Protection, WAP, USPCA and World Horse Welfare, highlights opportunities for improving animal welfare when the UK exits from the European Union. The organisations intend to ensure that the welfare of all animals, both in the UK and Europe as a whole, is not endangered by Brexit negotiations and that opportunities for improvement to animal welfare are fully exploited.

The ten point plan includes farm animals, wild animals, animals used in research and companion animals. All of these are devolved with the exception of laboratory animals.

Conservative Animal Welfare Foundation Patron Sir Roger Gale MP said in his speech before Peers, MPs and animal welfare organisations that there are now opportunities to end long distance live animal exports and much more.”We must take the reins” He further spoke on our own Conservative Animal Welfare Foundation documents- ‘Brexit- Opportunities for Animal Welfare’  and ‘ Food and Farming Charter’ which he said are now in the hands of the Prime Minister, Trade Ministers and Defra Ministers.

Risks
If the UK were to decide to derogate from EU standards, there is a risk that animal welfare may suffer. It is estimated that 80% of the current animal welfare legislation applicable in the UK comes from EU law. The EU legislation covers farm animals, wildlife, animals in research, and, to a lesser extent, companion animals. Those laws that are Regulations or Decisions are particularly at risk of disappearing from the UK because they are directly effective without the need for implementation by Westminster and the devolved Governments. Specific legislation would need to be passed to carry these over after Brexit; this would not happen automatically.

Opportunities
There are certain areas where EU Membership has long been identified as a barrier to stronger animal welfare protection within the UK, and where Brexit may provide an opportunity for the UK to strengthen its laws in these areas. However, the parameters of World Trade Organisation (WTO) rules will continue to impact the UK, as it will become a member of the WTO independently.

Enact a new support system for farming that promotes animal welfare, environmental health and landscape goals, recognises species and habitat protection as an important part of farm management and rewards farmers to develop such plans and meets farmer livelihoods needs in a cohesive manner.

Phase out routine ‘preventative’ use of antibiotics on farms.

Implementation of a ‘positive’ or permitted list of species that can be kept and traded as pets where there is sound, impartial evidence that the welfare of such species is relatively easy to assure and maintain and their keeping does not pose a disproportionate risk to human health or to the environment.

Ensure that wildlife legislation in all UK administrations provides equivalent or higher level of protections for the habitats, conservation and welfare of wild animals.

Ensure that there is no weakening of regulatory controls (either in the legislation itself, or as enacted operationally by the Home Office) on animal research and testing in the UK.

10. Movement of dogs, cats and equines

Reintroduce enforcement and veterinary controls to ensure that rules on non-commercial movement of dogs and cats are not used by commercial traders, in particular reintroducing tick treatment for cats and dogs entering UK, reintroducing treatment for alveolar echinococcosis (Echinococcus multilocularis infestation) for cats and introducing a proper database for all imported dogs and cats. Conduct more stringent enforcement and border checks for dogs, cats and equines. 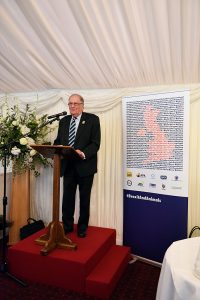 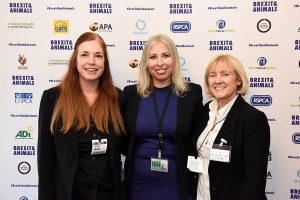