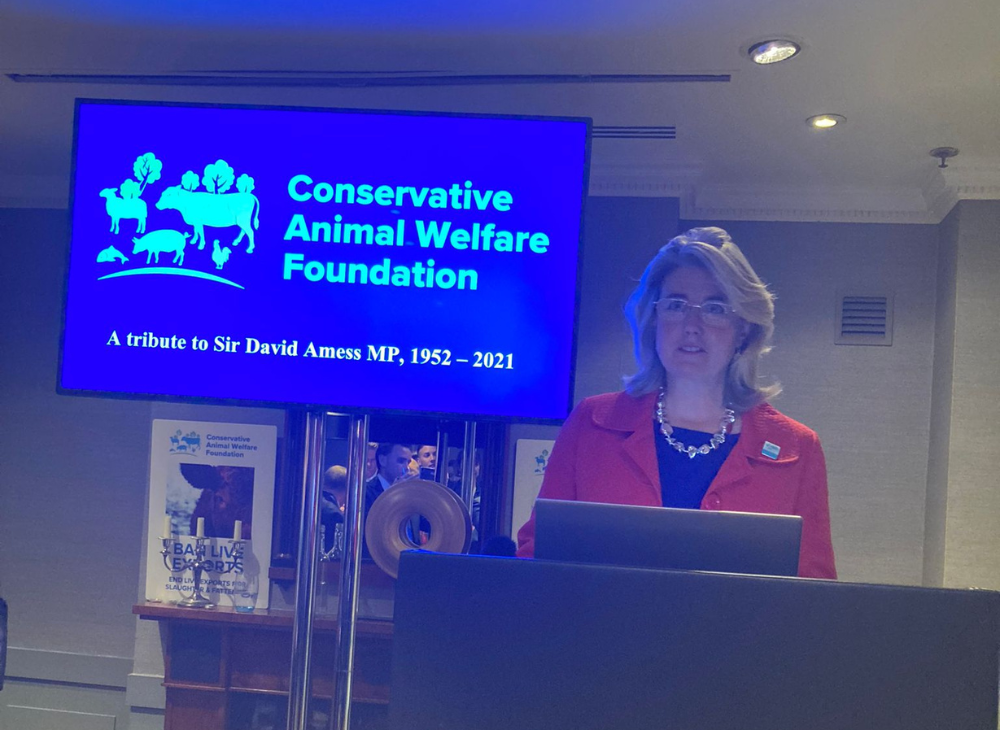 Today (Friday 7th October) the Conservative Animal Welfare Foundation (CAWF) is delighted to announce that Anna Firth MP has joined as a Patron.

Today (Friday 7th October) the Conservative Animal Welfare Foundation (CAWF) is delighted to announce that Anna Firth MP has joined as a Patron.

Anna Firth is the Conservative MP for Southend West, a position she has held since her election in December 2021. Her constituency was previously represented by CAWF’s late Patron and friend Sir David Amess MP.

In September this year she was appointed Parliamentary Private Secretary (PPS) to the Department for International Trade.

Anna has played an active role in advancing animal welfare, and continuing the legacy left by Sir David. Since her election she has spearheaded a new campaign to make dog-on-dog attacks a criminal offence, and this week she spoke at Conservative Animal Welfare Foundation’s World Animal Day reception in memory of Sir David Amess at the Conservative Party Conference in Birmingham. In her speech she highlighted the need to ban pig farrowing crates as well as live exports for fattening and slaughter. You can read more about CAWF’s World Animal Day reception here.

Anna Firth MP, Conservative Animal Welfare Foundation Patron, commented: “I am delighted to join the Conservative Animal Welfare Foundation today as a Patron. From ending pig farrowing crates to banning live exports for fattening and slaughter, there remain a number of critical animal welfare measures yet to be delivered. I look forward to working with CAWF to champion these, and other, campaigns in Parliament as we seek to cement the UK’s role as a leader in animal welfare.”

Lorraine Platt, Co-Founder of Conservative Animal Welfare Foundation, commented: “We are pleased to welcome Anna Firth MP as a Patron of CAWF. We have greatly appreciated Anna’s support for our campaigns since her election last year, and we look forward to working more closely with her to ensure the animal welfare commitments of the Conservative Party Manifesto are delivered in Parliament.”