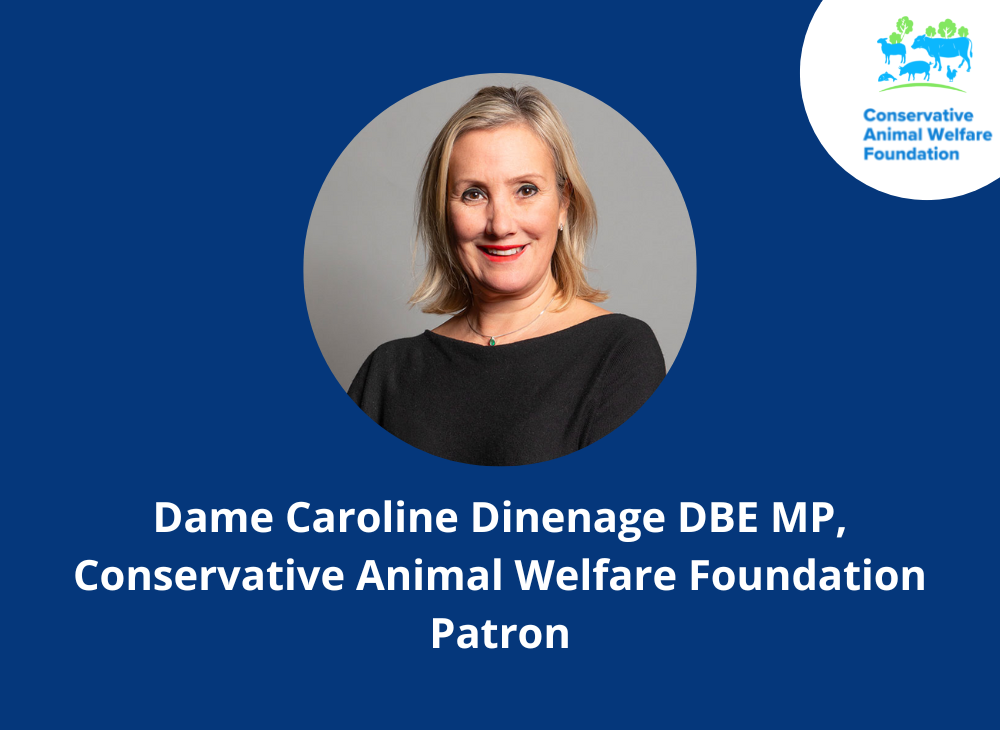 Today (Monday 26th September) the Conservative Animal Welfare Foundation (CAWF) is delighted to announce that the Dame Caroline Dinenage DBE MP has joined as a Patron.

Caroline Dinenage is the Conservative MP for Gosport, a position she has held since 2010. During this time, she has held a number of ministerial positions. Mostly recently between February 2020 and September 2021, she served as Minister of State for the Department for Digital, Culture, Media and Sport (DCMS).

Lorraine Platt, Co-Founder of Conservative Animal Welfare Foundation, commented: “We are pleased to welcome Caroline Dinenage as a Patron of CAWF. We have always greatly appreciated Caroline’s support for our animal welfare campaigns and look forward to working with her more closely to ensure Conservative Party Manifesto commitments are honoured.”