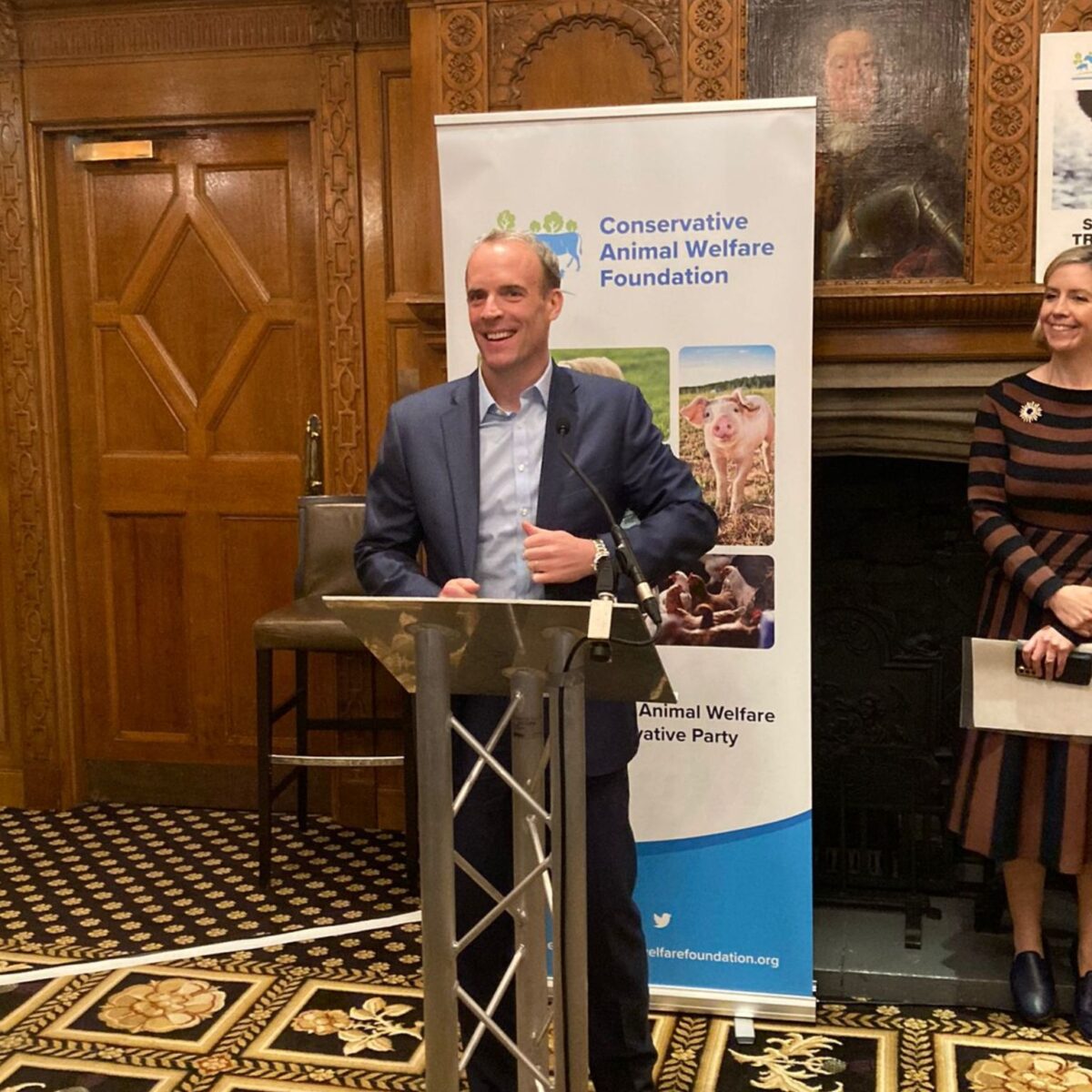 Dominic Raab was a founding Patron of Conservative Animal Welfare Foundation but stepped back from this role when appointed to the cabinet. He has since supported CAWF’s work at events, including its World Animal Day reception in Manchester at Conservative Party Conference in 2021.

“There has been much progress over the last two years, but it is clear there is still more to do if the UK is to secure its place as a world leader in animal welfare. From banning live exports for fattening and slaughter, to ending hunting trophy imports, we must ensure that critical legislation promised in the Conservative Party Manifesto is delivered.”

Lorraine Platt, Co-Founder of Conservative Animal Welfare Foundation, commented: “We are pleased to welcome Dominic Raab as a returning Patron to CAWF. Having supported our founding six years ago, he has played a critical part in CAWF’s development as the leading voice for animal welfare in the Conservative Party. With his return to the backbenches, we are delighted he will be able to play a more active role in advocating for farmed animal welfare in Parliament.”