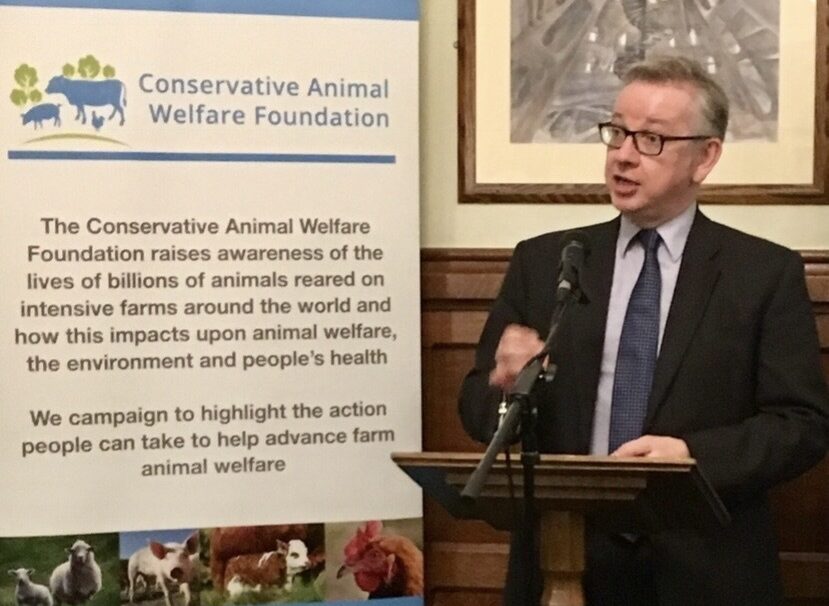 Today (Friday 23rd September) the Conservative Animal Welfare Foundation (CAWF) is delighted to announce that the Rt Hon. Michael Gove MP has joined as a Patron.

Today (Friday 23rd September) the Conservative Animal Welfare Foundation (CAWF) is delighted to announce that the Rt Hon. Michael Gove MP has joined as a Patron.

Michael Gove has been the Conservative MP for Surrey Heath since 2005. During this time, he has held a number of leading cabinet positions, including most recently as Secretary of State for Levelling Up, Housing and Communities between September 2021 and July 2022.

Prior to this he was Chancellor of the Duchy of Lancaster from July 2019 to September 2021, and Minister for the Cabinet Office from February 2020 to September 2021. He was Secretary of State for Environment, Food and Rural Affairs from June 2017 to July 2019.

During Michael Gove’s tenure as Secretary of State for Defra, he championed key environmental and animal welfare measures including ending live animal exports for fattening and slaughter.

“I am looking forward to championing animal welfare in Parliament as a CAWF Patron, and ensuring critical commitments included in the Conservative Party Manifesto are delivered.”

Lorraine Platt, Co-Founder of Conservative Animal Welfare Foundation, commented: “We are pleased to welcome Michael Gove as a Patron of CAWF. Having held a number of key cabinet positions over the last ten years, including Secretary of State for Defra, he brings a wealth of important experience.

“We look forward to working together to ensure existing animal welfare commitments are honoured by the Government, in particular, ensuring that the Animal Welfare (Kept Animals) Bill is returned to complete its passage in Parliament.”