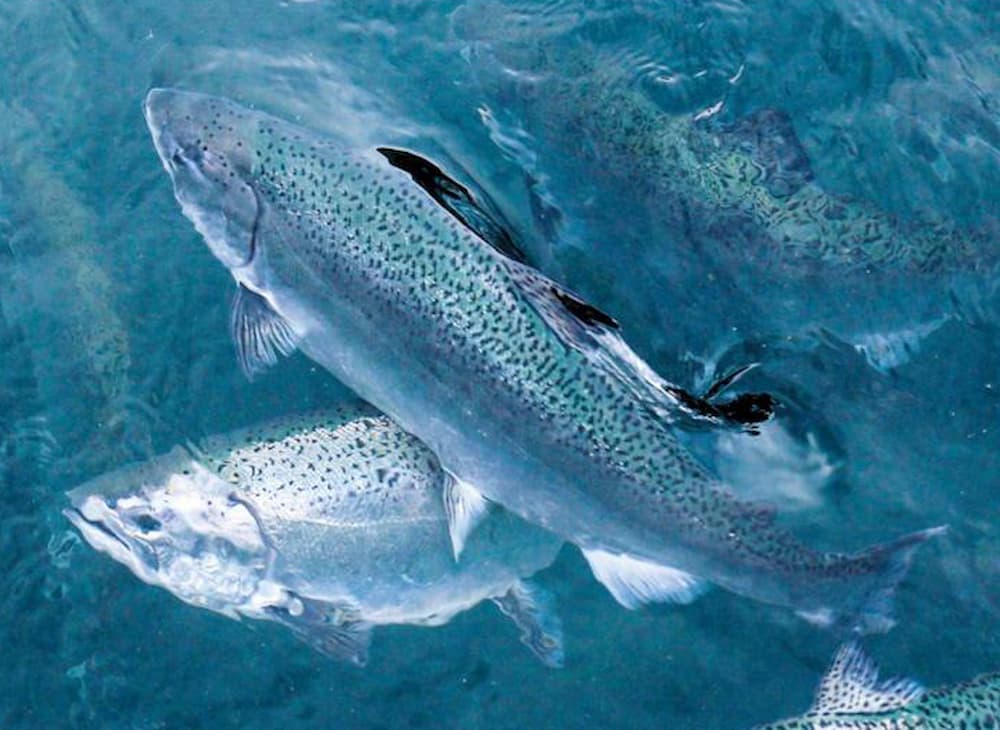 The Case for Regular Inspections & Mandatory CCTV in Fish Slaughterhouses

The report urges the Government to enforce stronger protections for fish and other aquatic animals. Specifically, it highlights:

The report also reveals details of a covert investigation by Animal Equality into a salmon slaughterhouse operated by The Scottish Salmon Company. In 2021 investigators found stunning did not always take place and was frequently inadequate, while the absence of inspections meant cruel treatment went unreported. Some fish had their gills cut while still conscious and many had to be manually clubbed to ensure adequate stunning.

In light of these findings the Conservative Animal Welfare Foundation and Animal Equality UK have jointly made a number of key recommendations to both alleviate the suffering experienced by millions of aquatic animals each year and strengthen legislation to ensure regulation is effectively enforced. Leading recommendations include:

The Conservative Animal Welfare Foundation and Animal Equality report The Case for Regular Inspections and Mandatory CCTV in Fish Slaughterhouses is attached.

Chris Platt, Co-Founder of the Conservative Animal Welfare Foundation, commented: “The UK has been at the forefront of progress in implementing some of the highest animal welfare standards in the world. However, aquatic animals have been excluded from much of this legislation. With the Government including fish in the Animal Welfare (Sentience) Bill, it feels only right that they should be afforded the same legal protections as other farmed animals. This sentiment is strongly reflected within the British public, where 76% believe the welfare of fish should be safeguarded to the same extent as other species.

“Tens of millions of fish are farmed for slaughter across Britain each year, with little regulation over their treatment. Mandatory CCTV monitoring and regular inspections are critical to establishing an effective regulatory framework whereby welfare standards are enforced, and those who violate these standards are held accountable.”

Jenny Canham, Campaigns and Public Affairs Specialist at Animal Equality said: “For years, there has been clear agreement within the scientific community that fish feel pain, yet they are barely afforded even the most basic of legal protections during their final moments of life. The UK is failing farmed fish and falling far behind our European counterparts.”

She added: “Animal Equality’s investigative footage evidences a shocking lack of supervision in fish slaughterhouses. With no routine welfare inspections taking place, and a complete lack of regulatory oversight, these animals are entirely exposed to the whims of an industry that uses them purely for the purposes of profit. We cannot continue to let fish be forgotten.”

Edie Bowles Solicitor Advocates for Animals commented: “Whilst fish receive fewer legal protections than terrestrial animals at the time of slaughter, they still must be spared avoidable pain, distress and suffering. The science shows that the only way to spare these negative feelings is through the use of stunning, therefore stunning should be required under law.”