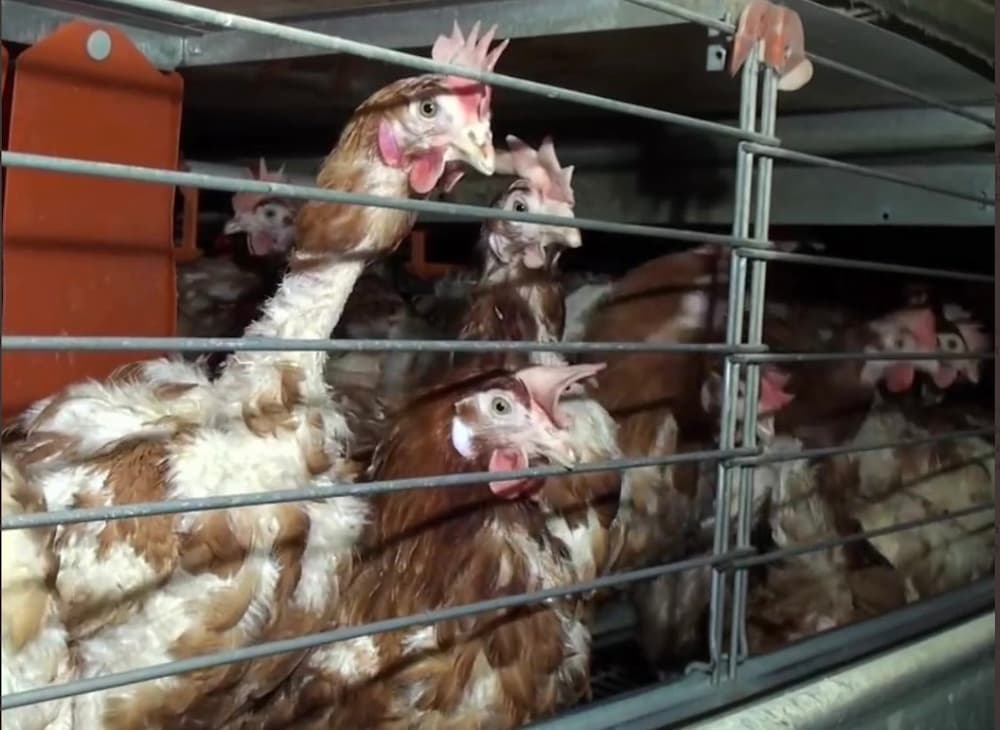 Celebrities, Animal Welfare Organisations, and MPs Sign Letter to call for an End to Cages for Laying Hens

Secretary of State George Eustice recently announced that DEFRA would launch a call for evidence to assess the impact of a ban on cages for hens by the end of the year. The RSPCA, the Conservative Animal Welfare Foundation and The Humane League UK prepared a letter to the Minister calling on him to launch the proposed consultation.

Secretary of State George Eustice recently announced that DEFRA would launch a call for evidence to assess the impact of a ban on cages for hens by the end of the year. The RSPCA, the Conservative Animal Welfare Foundation and The Humane League UK prepared a letter to the Minister calling on him to launch the proposed consultation. Read the letter here:

The letter coincides with the 1-year anniversary of DEFRA’s Action Plan for Animal Welfare which looks to consider the case for reforms on the use of cages for laying hens .The letter has support from organisations including APGAW, CIWF, HSI UK , Four Paws and Animal Equality.

Nearly 14 million chickens are stuck in cages across the UK, but 76 percent of UK consumers think that banning cages should be a priority. Cages are incredibly inhumane and restrict the movement of the hens. This impacts their well-being, and they suffer psychological and physical harm in caged environments during their short lives.

Lorraine Platt, Co-Founder of the Conservative Animal Welfare Foundation, said, “Every year 14 million hens are kept in tiny cages with hardly enough room to spread their wings. This is unacceptable for a nation which prides itself on strong farm welfare standards.”
“While we welcome the efforts of retailers leading the way in going cage-free, we still estimate that after these commitments there will remain 8 million hens kept confined in cages for their whole lives. We urge the Government to bring legislation into greater alignment with political, public and retailer sentiment, and launch their planned consultation now, so we can finally ban laying hens from a life behind bars.”

The letter was spearheaded by The Humane League UK, RSPCA, and Conservative Animal Foundation as a part of Beatrice’s Campaign, which aims to ban cages for hens.

Learn more here about the Beatrice Campaign to ban cages for laying hens:

THE PROBLEM WITH CAGES

RECOMMENDATIONS
1. The UK Governments should ban cages for laying hens. European countries including Austria, Switzerland, and Germany have already banned cages for hens. In 2021, Nevada became the ninth US State to do the same and the EU committed to phasing out cages for all animals by 2027. It is important that the UK does not get left behind and brings in legislation to end cages for laying hens. The UK must ban cages for hens to cement its status as a world leader in animal welfare and to protect higher welfare producers from competition with lower welfare companies.