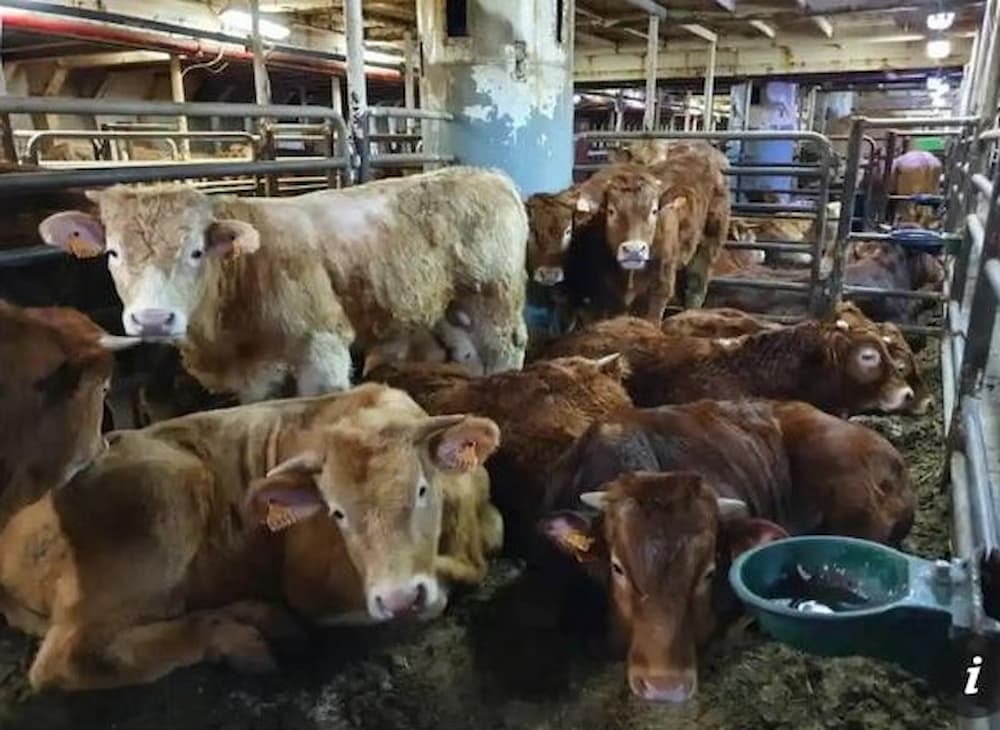 One of two livestock ships at sea since mid-December with thousands of cattle on board is now at the Spanish port of Cartagena, but the fate of its cargo is unclear.

One of two livestock ships at sea since mid-December with thousands of cattle on board is now at the Spanish port of Cartagena, but the fate of its cargo is unclear.

The two vessels left from different ports in Spain before Christmas to deliver their cargoes of animals, but were each refused entry by various countries including Turkey and Libya, owing to suspected outbreaks onboard both ships of the bovine disease bluetongue.

Spain’s government and the country’s largest association of beef producers, Asoprovac, have both said the cattle came from areas free of bluetongue.

On Tuesday, the Spanish news agency EFE reported that although Turkey had originally agreed to take the cattle, satisfied they were bluetongue free, the animals were rejected on arrival because of disease fears.

A Spanish government source confirmed that the Karim Allah, carrying a reported 895 calves, was anchored just outside the Spanish port of Cartagena. The other ship, Elbeik, carrying 1,776 animals, continues to sit at anchor in Turkish waters off the coast of Cyprus.

Silvia Barquero, the director of Animal Equality Spain, said she understood that many animals were already dead and any still alive would be “suffering a real hell”.

Official veterinary inspections of both ships had been due to take place late last week in Cyprus and Sardinia, but neither ship approached shore to allow vets on board.

On Tuesday, a spokesperson for Spain’s agriculture ministry described the ships’ plight as a “failed operation by a Spanish exporter, who was going to sell the animals in Turkey, then tried unsuccessfully to sell them in Libya”. The spokesperson did not respond to questions about animal numbers, conditions on the ships or possible next steps.

The spokesperson added that the Karim Allah, “now arriving in Cartagena, left Spain with animals that had the corresponding health certificates and which were from areas free of bluetongue. The animals therefore left the port of Cartagena in good health.”

Last week, the ministry said the Elbeik, which left from the Spanish port of Tarragona, was also carrying cattle from bluetongue-free areas.

Maria Boada Saña, a vet with NGO Animal Welfare Foundation, said she feared that at least 100 animals on the Karim Allah were already dead.

“The Karim Allah arrived Sunday night at Cartagena, sailing away from a planned veterinary inspection Saturday morning in Sardinia,” she said.

She added that a Spanish agriculture ministry source said that although the ship was in Spanish waters, it had not yet requested entry to Cartagena port.

“That means we have no idea right now if animals are alive or dead,” said Boada Saña. “Other sources, though, have told me the Karim Allah has not asked for animal feed. To me, the way it sailed away from an inspection, the way it is waiting and not asking for food probably means most of the animals are dead.”

Dead animals would have to be removed from the ship by hoist and the operation could take at least a day, or much longer, depending on numbers, said Genoa-based lawyer Manuela Giacomini.

In a related development, a Spanish government source confirmed that Cartagena port had temporarily suspended the departure of livestock ships until the Karim Allah docks. The vessel continues to be anchored in front of the harbour and the decision to enter the port was up to the owner of the ship, the source added.

Prof Kristen Stilt, director of Harvard’s animal law and policy programme, who is writing a book about the transport of live animals, said it was an inherent risk with live transport that the animals would be rejected at their destination port.

Once labelled as rejected, Stilt said it was “very likely that no other country [would] accept them, as we are now seeing with the two vessels at sea with calves from Spain”.

Another problem for crew and livestock, she said, was the absence of an international arbiter that could assess claims of disease and make a binding determination. The result, she said, was “usually catastrophic in terms of loss of animal lives”.

Dutch MEP Anja Hazekamp said “the only way to stop animal cruelty related to animal transport” was to introduce a total ban on the export of live animals outside the EU.

“Both vessels concerned have EU certificate approvals, which means that they can load European animals and send them to third countries, such as Libya, Lebanon, Egypt and Saudi Arabia,” she said. “In total there are around 80 vessels with such a certificate.”