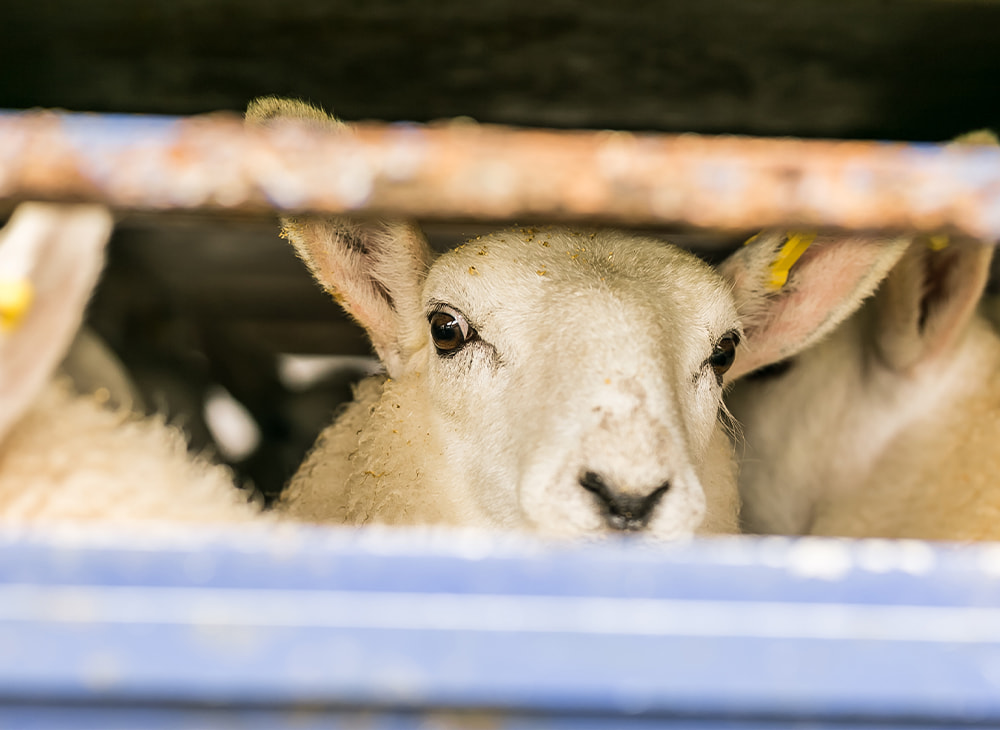 We Join the Protest Against Live Exports at Ramsgate Port 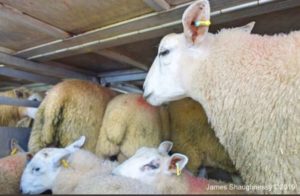 Several lorries transported sheep for slaughter to the Continent, via the Joline ship from Ramsgate Port.

Many of the protesters provided water to the sheep, who must have been incredibly thirsty after enduring a journey of many hours, to Ramsgate, in sweltering conditions. The protests are against the shipment of live animals, being exported for the Eid al-Adha festival in August. Campaigners have highlighted the conditions the animals travel in, the length of time they are sometimes in transit and the fate that awaits them at their destination.

There are several shipments of sheep exported from the UK for the festival of Eid to meet the demand for slaughter animals. During Eid sheep are ritually slaughtered by cutting their throats without any pre-stunning. This practice awaits animals who have already endured a horrendous road and sea journey of 48 hours or more. 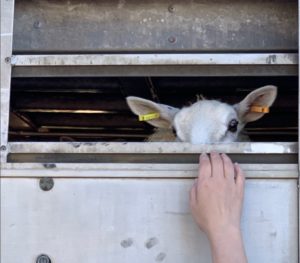 “Live exports for slaughter and fattening is a cruel and unnecessary trade which must be banned as soon as the UK leaves the EU. The tired animals have already endured long hours on the motorway crammed together on the lorries before they even arrive at Ramsgate, then they are subjected at the very least, to a further four hours sea journey and then on the French motorways for further hours, only to be taken off and slaughtered. It’s very hot on the continent during the summer months and the animals suffer in the heat and are very thirsty.The UK banned cruel veal crates, sow stalls and fur farms years ago and now its time to ban live exports for slaughter and fattening. We urge for this ban to be introduced as soon as possible and save future generations of UK farm animals from this vile trade”.

We were dismayed to see that one of the lorries was an enclosed truck (a converted refrigeration trailer) which has no windows or slats to see the animals inside. Worryingly, enclosed trucks are becoming more and more common in the EU. Access to animals is restricted in these trailers, both visually and also to give care to them whilst onboard. Animals often give birth on trucks due to the rules laid out under 1/2005….which allows animals to travel up to 90% into their gestation period, the stress of transport often leads to premature births and if animals are injured and either need to be treated onboard or removed from the vehicle it is increasingly difficult to tend to their needs.

More obviously, it is not easy for vets, road traffic police and organisations to see into the trucks at the roadside etc. Whilst these animals are hidden from view, much could be happening. Recently a ‘standard open slatted’ truck in Poland was stopped by Eyes On Animals, many of the calves being transported were dead due to the heat and humidity inside the trailer. The police would not have seen any of this or been able to act for the driver to unload and provide water for the surviving animals if they were contained in an enclosed trailer.

The ventilation system is what’s called, ‘Forced air ventilation’, basically this is what we all have in our cars; air vents you can open to allow outside air into the cabin, this is different to air conditioning which is where the air is cooled down to a temperature lower than both the ambient temperature inside and outside the vehicle.

So, in basic terms, the air that enters the trailer via the forced air ventilation system cannot be cooler than the outside temperature.  Because the trailer only has a basic air system, the air coming from outside, travels over the hundreds of bodies inside, causing the temperature and often more importantly humidity to rise, it cannot stay constant and controlled like air conditioning so, if for example the temperature is 30C outside, it cannot get cooler inside, it will only get hotter.

This system is noisy too, as you can imagine. It is noisy in our cars when we turn the fans up to their full output capacity. Sadly, this type of trailer is approved as the rules laid out under 1/2005 are not strong enough to prevent such a system from being fitted to an enclosed trailer (Thank you to Nicola Glenn, UK Inspector for Eyes On Animals for the information on the ventilation system of this vehicle). 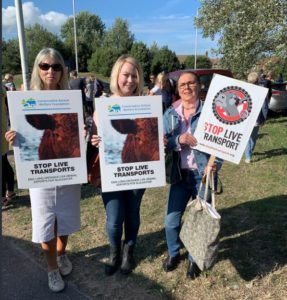 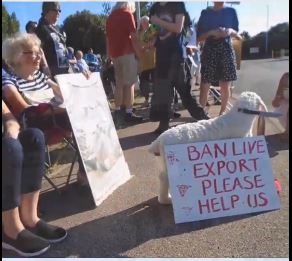 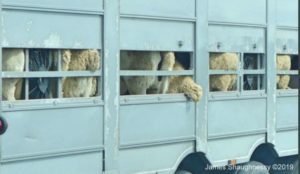 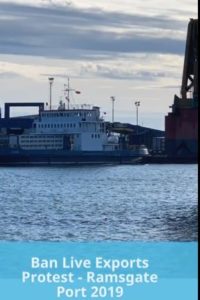 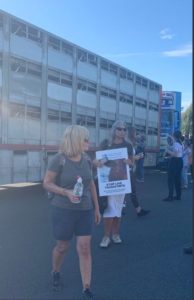