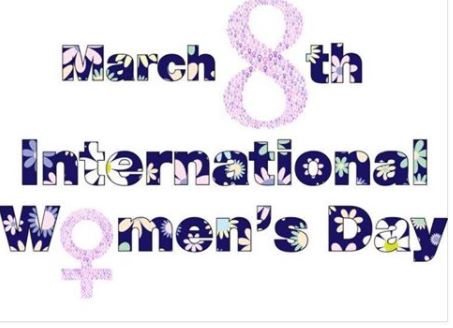 International Women’s Day (IWD) on March 8 has its roots in the Suffragette movement. The original aim of IWD was to achieve gender equality for women. The Suffragettes created much needed change in society and secured the right for women to vote. Since then, we have had two women Prime Ministers in our country.

Today we celebrate International Women’s Day and we would like to highlight some of the inspiring women whose campaign work makes a positive impact for animals. We would like to say thank you to all the wonderful women who support and campaign with our Conservative Animal Welfare Foundation to help make a difference to animal welfare whether it’s through marching through the streets with banners and placards to end live animal exports, the badger cull, or speaking out against practices that cause enormous suffering to wildlife such as ivory poaching or the treatment of farm animals incarcerated in cramped cages and cruel puppy farms, at our events in the House of Commons.All our campaigns call for action and for positive change to take place.

Animals play an important role in our lives as our companion pets, farm animals, and as our wonderful wildlife.

Whilst Theresa May has been our Prime Minister, we have welcomed positive animal welfare measures and announcements – the increased sentences for animal cruelty, the micro beans ban which protects marine life, the introduction of mandatory CCTV in all slaughterhouses , the consultation on the UK ivory trade sales ban, steps to tackle unscrupulous puppy breeders, steps to tackle live animal exports and more.

We want to thank our wonderful Patrons including Lady Suzy Gale, who has worked tirelessly for animal welfare for years and founded the Animals Worldwide charity to help vulnerable homeless street cats and dogs around the world. Our Patrons Carrie Symonds and Theresa Villiers MP work to advance animal welfare and Theresa is leading a Bill to end live exports for slaughter. Our Co Founder Lorraine Platt has driven  animal welfare  forwards in the Conservative party and works internationally and nationally through her work on the Board of Save the Asian Elephants and as former Vice chairman and now Board member of the League Against Cruel Sports.

Ministers Tracey Crouch MP and Caroline Dinenage MP are the Patrons of our sister organisation Conservatives Against Fox Hunting( Blue Fox) which has campaigned for 8 years to protect wildlife from the threat of repeal. The policy has now rightfully been dropped.We thank them for hosting our parliamentary events in the House of Commons and for their steadfast support and action since our first event in 2010. We also applaud MPs Andrea Jenkyns and Heidi Allen for their active work on this issue. Anne Main MP has led debates in the main chamber of the Commons to protect badgers from the badger cull.

Our local Conservative Women Organisation led by Chairwoman Elise Dubwebber kindly hosted an event for us with Conservationist Bill Oddie to protect wildlife in 2013 and also our National Chairwoman Julie Iles supported our letter to the Prime Minister along with Conservative MPs urging for a ban in the UK Ivory Sales Trade in September 2017. We were delighted that the consultation was announced last October. The Conservative Women’s Organisation also held an event to urge for increased sentencing for animal cruelty and to highlight the suffering in dog fighting last year.The Conservative Women’s Hub founded by Parveen Hassan has featured our campaigns on its website and shared our campaign messages on its social media platforms.

We also celebrate our amazing campaigners councillor Fran Carpenter who spoke on animal welfare at the party conference with Sir Ranaulph Fiennes and Bev Thorne, of New Forest Conservatives, Jan Martin, Elizabeth Freeman, Councillor Sarah Hamilton, Candidate Drusilla Summers, Founder of Conservative Mental Health, Heather Stevenson and Councillor Christine Elmer and many more campaigners too numerous to all mention that we are always grateful to.
Councillor Marisa Heath of the All Party Group For Animal Welfare has organised important meetings for animals.
Barbara Gardner is a fantastic advocate for animal welfare and leads the Animal Interfaith Alliance Organisation. Paula Sparks of the UK Centre for Animal Law is committed to pioneering a better legal framework for animals.
Special thanks to the worldwide work of Gloria Davies, Founder of Network for Animals who work to end the suffering in the dog meat trade and much more worldwide.

Also huge thanks to the women determined to end live animal Exports we are working with from the Stop Live Exports Team- Selina Scott and Janet Darlinson . Special thanks to Nicola Glenn and to Yvonne of Kent Action Against Live Exports. We are grateful to celebrities Joanna Lumley, Jan Leeming, Celia Hammond and Georgia Toffolo for their kind support at the Parliamentary event we helped organise to end live animal exports in January 2018.

Animal welfare is increasingly gaining greater momentum in Westminster and in society. There is greater public awareness on how farm animals are reared, how this impacts upon our environment and has been building for years.
We are delighted that positive changes are happening and look forward to welcoming more meaningful changes for animal welfare. Brexit presents opportunities for us to ban the import of fur into the UK, ban foie gras, ban the exports of live animals for slaughter and much more.
We thank all our vital volunteers who stand up to be counted ,to help champion animal welfare and speak out for the vulnerable who have no voice of their own.

Let’s continue to send a powerful message for positive change for animals and our environment together. 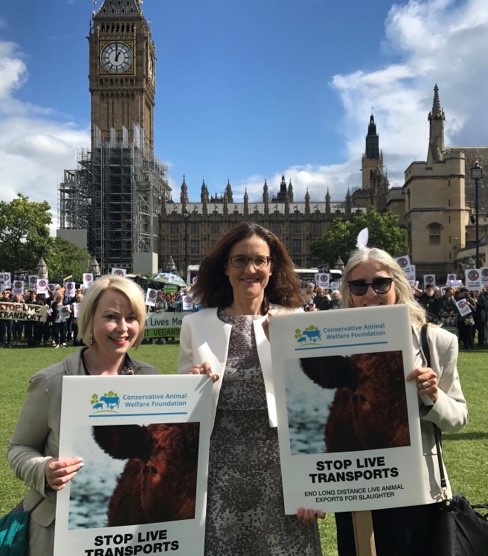