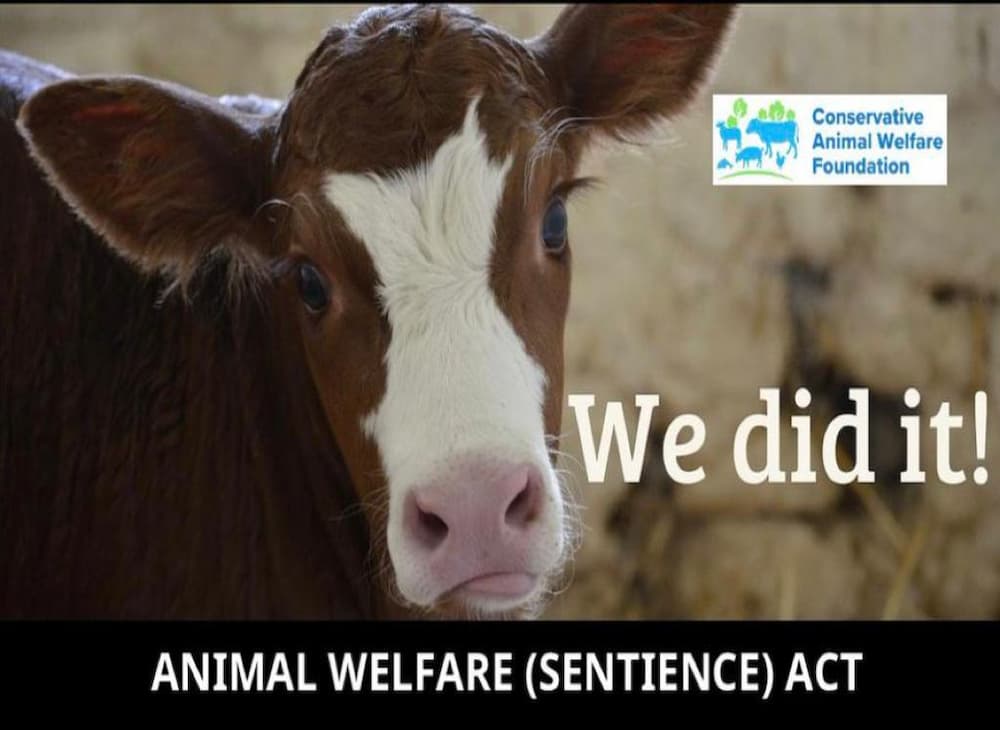 Protections for animals were boosted today as pieces of legislation banning the use of cruel glue traps and introducing fines for people who fail to provide the proper levels of care to their pets, zoo animals and livestock became law.

The Glue Traps (Offences) Act, introduced by Jane Stevenson MP, bans the use of inhumane glue traps which are a widely available method of rodent control but can cause immense suffering. Animals can remain alive for 24 hours or more, eventually dying of stress, exhaustion, dehydration or self-inflicted injuries. Wildlife and domestic pets can also get stuck to the traps.

Under the Animals (Penalty Notices) Act, introduced by Andrew Rosindell, people who fail to properly care for their pets, zoo animals and livestock could face fines of up to £5,000. The measures in the Act will help drive up animal welfare standards closing the gap between warnings and criminal prosecution, and acting as an important deterrent alongside the current five-year maximum prison sentence for animal welfare offences, which was increased through the Animal Welfare (Sentencing) Act passed last year. Under this new legislation, fines could be handed out by enforcement authorities to pet breeders who fail to microchip puppies before being rehomed, horse owners tethering their animal in a way that neglects their basic needs or a farmer transporting livestock that are not fit for travel.

In addition, the Government’s Animal Welfare (Sentience) Bill has today also gained Royal Assent. This will create a new Animal Sentience Committee made up of experts from within the field. This committee will hold government to account on how well their decisions have taken account of the welfare of sentient animals, publishing reports that Ministers need to respond to in Parliament.

These acts build on the action we have already taken to boost the UK’s reputation as a global leader on animal rights. Now that we have left the EU, the UK has new freedoms to further strengthen animal health and welfare standards.

We are a nation of animal lovers and the passing of today’s legislation is a significant moment for the health and welfare of the country’s animals.

The UK, since leaving the EU, has been able to further strengthen its position as a global leader on animal rights. The penalty notice measures being introduced today will act as a powerful deterrent, building on measures we have already taken such as increasing prison sentences for cruelty offences. We will also be protecting wildlife and domestic pets from falling victim to inhumane glue traps, and we have delivered on our manifesto commitment to put animal sentience provisions into law.

The Glue Traps (Offences) Act, which was introduced to Parliament by Jane Stevenson MP, will ensure licences to use glue traps are only issued to professional pest controllers on an exceptional basis, to preserve public health or safety where there is no suitable alternative. Licence holders would then need to follow conditions set out in the licence to ensure the welfare of any rodents is upheld, such as regular monitoring of set traps. This means those found to have used a trap without a licence could face up to six months in prison and/or an unlimited fine. The ban will come into force in the next two years.

I am absolutely thrilled that my Glue Traps Bill has been granted Royal Assent, meaning it has now become law. The banning of the use of glue traps by the general public is another step forward in the strengthening of animal welfare legislation in England, and I want to thank everyone involved in making this happen.

The use of glue traps is cruel and barbaric, and has often led to animals not intended to be caught in these traps dying in the most inhumane way. Together with ministers at Defra and agencies such as the RSPCA, HSI and others, I am pleased to have made a positive difference.

Today, my Animals (Penalty Notices) Bill became law after receiving royal assent from Her Majesty The Queen. Individuals who commit offences against animals will now face fines of up to £5,000. This Act of Parliament will enable fines to be introduced to ensure that offenders face tougher penalties for crimes in addition to the existing maximum 5-year prison sentence for the most serious offences.

This is an absolutely right step forward to ensure that our legislation protecting animals is the strongest anywhere in the world. It has been an honour to work with animal welfare charities including the RSPCA and the Battersea Dogs and Cats Home, in ensuring the Bill strikes the right balance in closing the gap between the worst offences, and those which receive no punishment. I look forward to working with colleagues and the Government to further strengthen our protections for animals.