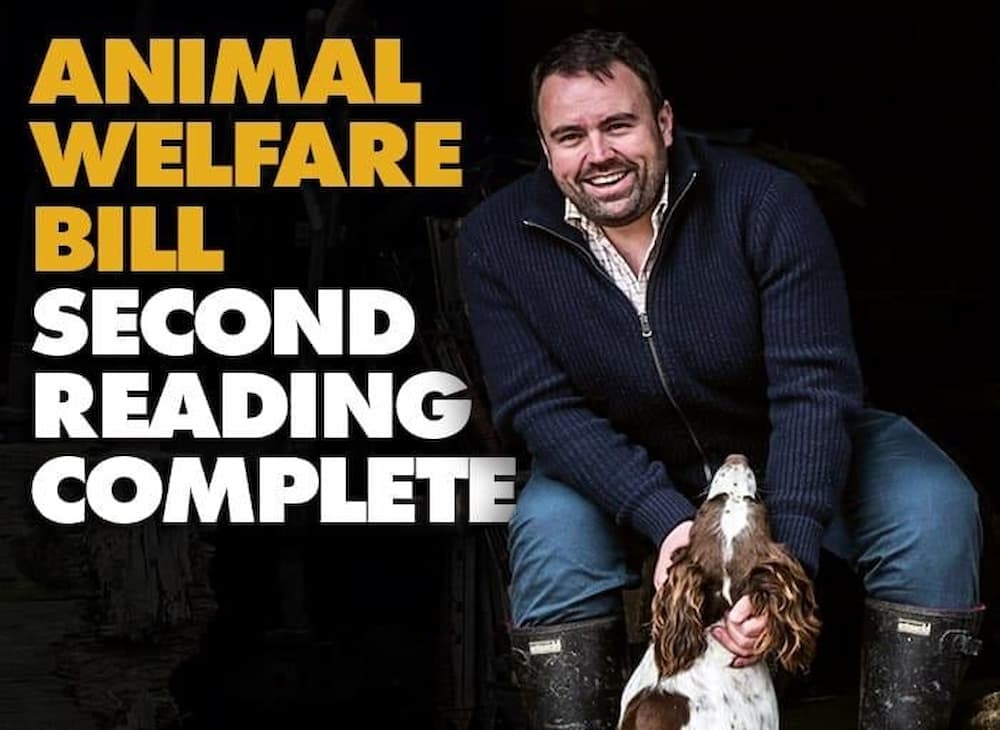 Lord Randall of Uxbridge (Con) moved that this Bill be read a second time.

Lord Randall of Uxbridge (Con)  moved that this Bill be read a second time.  He told the chamber that the Bill realises an important commitment from Government on animal welfare,  and  would  assist the courts in their work to keep the country at the forefront of the care and protection of animals.

He cited the Animal Welfare Act 2006 which provides for a maximum sentence of six months for animal cruelty offences. The Bill being considered by the House today would increase the maximum sentence for the worst animal cruelty offences to five years. He added that there have been several cases where judges were clear that they would have imposed higher penalties if the Animal Welfare Act had made provision for it.

Randall explained that the  Animal Welfare (Sentencing) Bill  amounted to two clauses. Clause 1 is the focus of the Bill which outlines the mode of trial and maximum penalty for certain animal welfare offences. Clause 2 provides for the Bill to extend to England and Wales.

Chair of the Environment and Climate Change Committee  Baroness  Parminter   supported the Bill.  She did however say that there was more that could be done  to help ill-treated animals who survive appalling cases. She said that they  we re often rescued by animal welfare centres or  organisations  and they c ould  only rehome these animals once the court proceedings have ended.

Baroness Eaton (Con)  supported the Bill. She cited research from Battersea which showed that courts in England and Wales were already issuing maximum sentences in many cases, indicating that a higher sentencing ceiling was needed.

Liberal Democrat Lords Spokesperson for Energy and Climate Change   Lord Oates  welcomed the Bill as an important step. But added that there was much more to be done. ” Without adequate resources for enforcement, a review of sentencing guidelines and effective means to prevent people who have inflicted cruelty on animals from acquiring animals in future, the welfare of animals will continue to suffer. ”

The Earl of  Caithness  (Con) cited research from the RSPCA into how long dogs should be left alone for. He also drew attention to  SongBird  Survival’s research with Exeter University into how cats behave.

Lord Naseby (Con) said that the Bill was overdue. He stated that it was disappointing that this was not the first time that England and Wales were out of step and playing catch-up with the other home nations on an important area of legislation. He also thanked Battersea Dogs & Cats Home for doing a “superb” job.

Baroness Hayman (Lab) was disappointed that there would not be tougher penalties when there were aggravating factors, such as the filming and sharing online of acts of cruelty. She also said that the same sentences should be available for similar or identical crimes, regardless of whether the animal was domesticated or wild. Hayman went on to ask whether the Government would support a review of the sentencing guidelines to  recognise  the emotional impact of pet theft.

The Minister of State, Department for the Environment, Food and Rural Affairs and Foreign, Commonwealth and Development Office, Lord Goldsmith (Con) said that the Bill was just one element of the continued action that the Government was undertaking to improve animal welfare.

Goldsmith agreed that there was a need for education. He said that Government’s ” Petfished ” campaign aimed to educated pet owners. He also said that they considered it proportionate for the maximum sentence of animal welfare offences to be set at five years.

He informed Peers that Defra officials and those of other government departments were working with the RSPCA on proposed changes to transfer responsibility for prosecuting animal welfare offences to the Crown Prosecution Service.

Goldsmith confirmed that crimes such as causing unnecessary suffering to animals, carrying out non-exempted mutilation, docking tails except where permitted, poisoning animals,  organising  animal fights and others would be included in the scope of sentencing.

He went on to say that the Government were working hard to tackle the problem of puppy smuggling, targeting both the supply and demand of illegally imported dogs. The approach included enforcement, international engagement, tighter regulation and public communications, as well as collaboration with stakeholders, including the BVA and the Dogs Trust.

Goldsmith then agreed to meet with DfE to discuss animal welfare in citizenship and education.

Bill read a second time and committed to a Committee of the Whole House.