Today the government has published its 25 Year Environment Plan 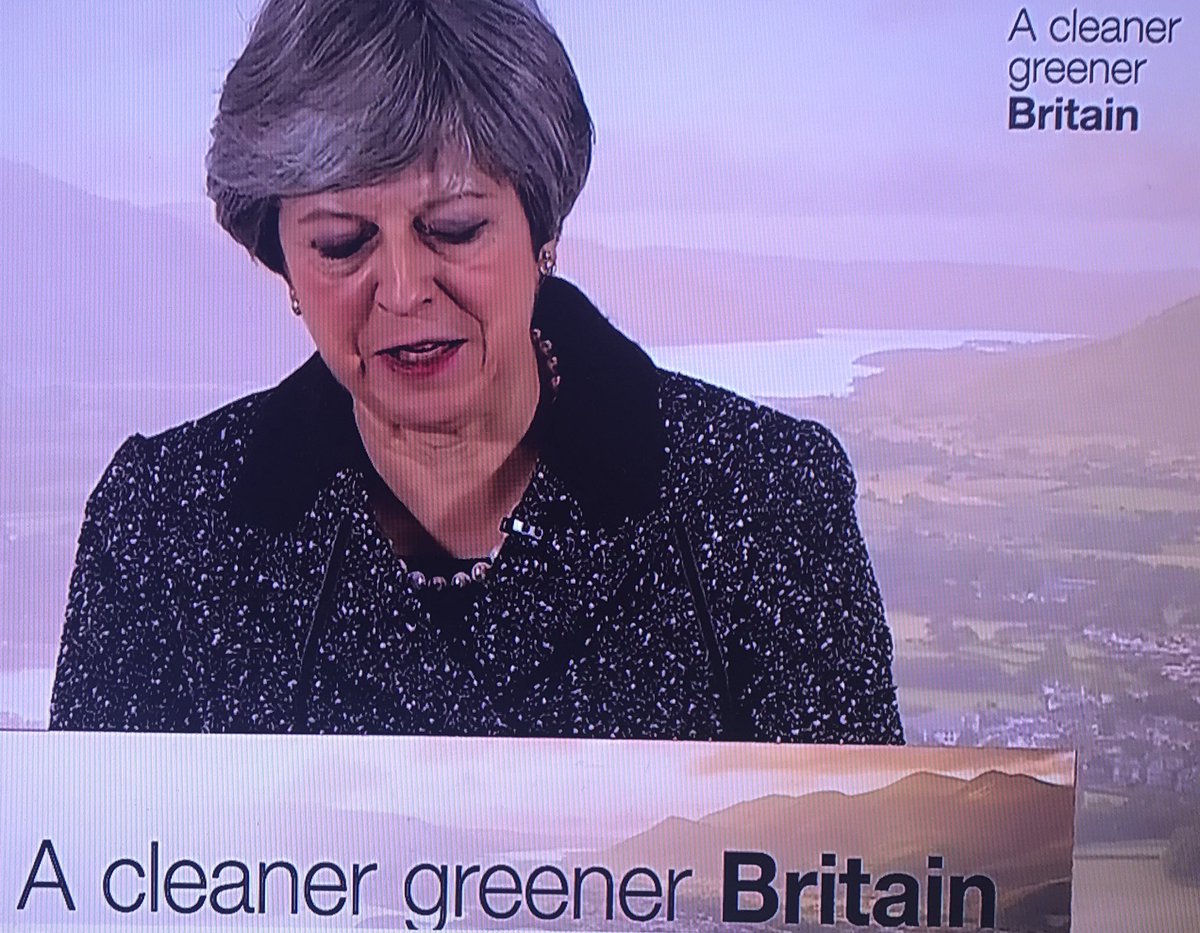 A pledge to eliminate avoidable waste, introduce new safeguards for wildlife and connect more children with nature are among the ambitious plans for a greener future outlined by Prime Minister Theresa May and Environment Secretary Michael Gove today.

In a major speech today, the Prime Minister has launched the government’s landmark 25 Year Environment Plan, setting out how we will improve the environment over a generation by creating richer habitats for wildlife, improving air and water quality and curbing the scourge of plastic in the world’s oceans.

“A Green Future: Our 25 Year Plan to Improve the Environment” sets out how over the next quarter of a century the government will:

Respecting nature’s intrinsic value and making sure we are wise stewards of our natural world is critical if we are to leave the environment in a better state than we inherited it.

Our Environment Plan sets out how over the next 25 years we will radically reduce the waste that is choking oceans and rivers, cleanse our air of toxic pollutants and create new habitats for our most precious wildlife to thrive.

Through this plan we will build on our reputation as a global leader in environmental protection, creating an environment everyone can enjoy and helping the next generation flourish.

In a world-first, the 25 Year Environment Plan also sets out how we will use a natural capital approach to help us see the additional benefits – whether that is improved health and wellbeing, or national prosperity – in every part our environment, helping improve and direct decision making, and guiding new development.

The Plan sits alongside existing work. A Call for Evidence on reward and return schemes for drinks containers, including plastic bottles, has closed. Its findings are now being assessed by the Working Group, who will make recommendations to ministers this Spring.

As announced in the Budget, the Government will also launch a further Call for Evidence shortly on how changes to the tax system or charges on single-use plastics can play a role in reducing waste.

The plan sits alongside the Government’s Clean Growth Strategy, which sets out how the UK is leading the world in cutting carbon emissions to combat climate change and driving economic growth. 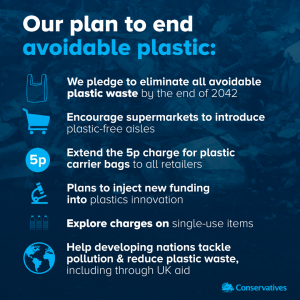 “I was delighted to hear animal welfare mentioned both in the Prime Minister’s speech and also the Party Political Broadcast this week.   Things are finally beginning to move forward positively with the support of the Prime Minister and Michael Gove.  We are very excited about the future prospects for animal welfare issues within Government and the Conservative Party”.

We are pleased to hear the positive steps to take action to tackle the plastic waste issue which harms our oceans and marine wildlife by extending the 5 p plastic bag levy to all retail outlets and by encouraging  plastic free isles in supermarkets. The Government plan to inject new funding into plastics innovation and pledge to eliminate all avoidable plastic waste by the end of 2042.

It’s important that we take responsibility now and move on from our throw away culture of single use plastics. We all need to play our part and be aware of the damage  of plastic waste to our planet and take action  on this.

Plastic waste causes pollution to our oceans and air pollution causes thousands of premature deaths in the UK every year.

It is an ambitious plan yet totally necessary as nothing is more precious than our environment and we must preserve, enhance and leave it in a better state than we found it for future generations to come.

We are pleased to hear the Prime Minister focus on animals in her speech” Whether they’re pets, livestock or wild fauna,  Animals deserve the proper protection of the law and under a Conservative Government , this is exactly what they will receive” 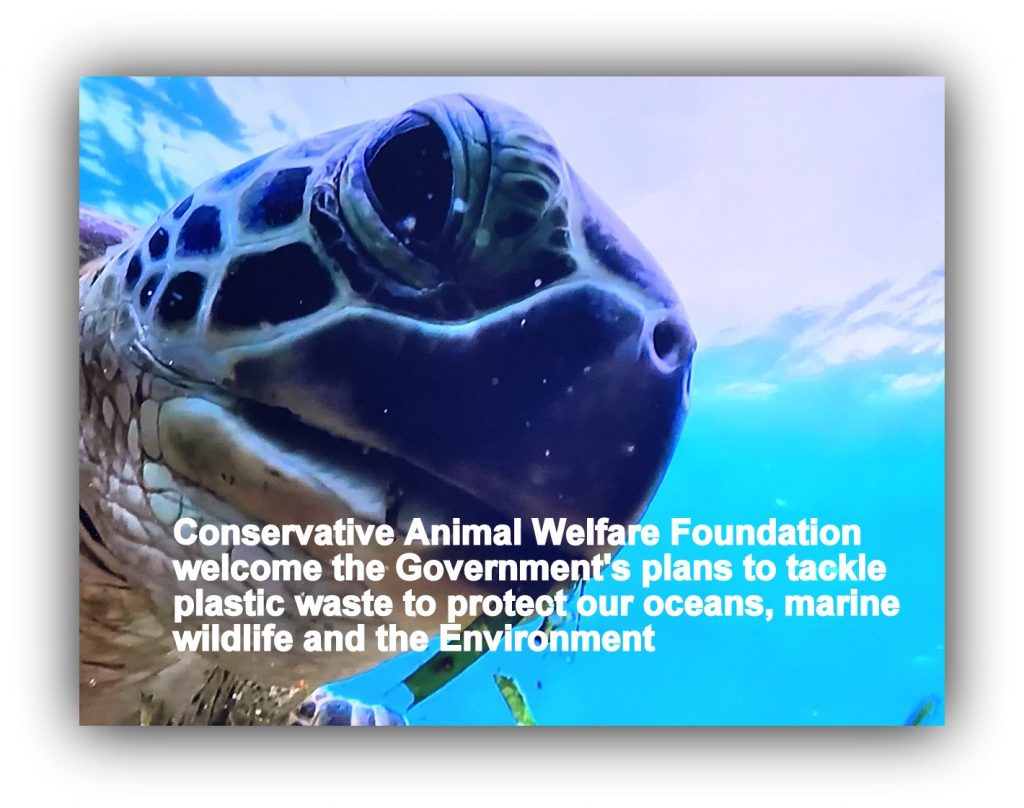