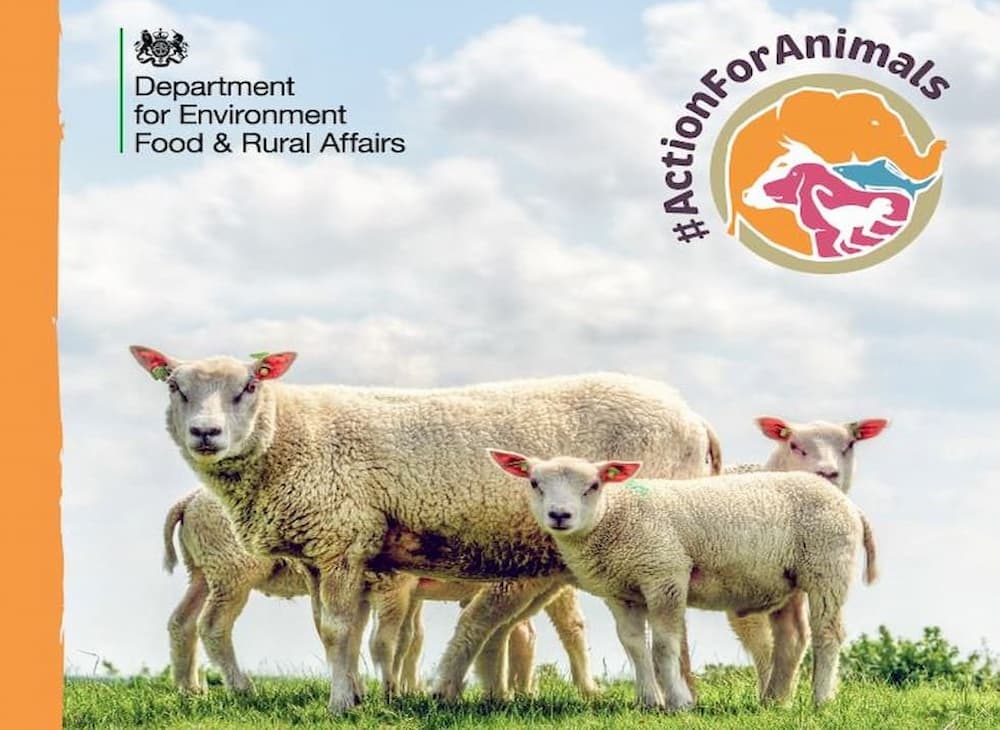 The Government has published more details regarding their action plan for animal welfare asserting that it will revolutionise the treatment of animals in the UK.

The Government has published more details regarding their action plan for animal welfare asserting that it will revolutionise the treatment of animals in the UK and introduce measures to protect the welfare of animals abroad.

Now that we have left the EU, the UK has new freedoms to further strengthen animal welfare standards and reinforce its position as a global champion of animal rights.

The Action Plan for Animal Welfare, launched today by the Environment Secretary George Eustice, will build on our existing world leading standards by recognising animals as sentient in law and committing to a range of new game changing welfare measures to protect pets, livestock and wild animals.

During a visit to Battersea Dogs and Cats Home, the Environment Secretary said that the Government would take a significant step forwards on animal welfare by formally recognising animals as sentient beings through a new Animal Sentience Bill that will be introduced to Parliament tomorrow (13 May), putting animal welfare at the very heart of government policy decision making.

“We are a nation of animal lovers and were the first country in the world to pass animal welfare laws.

“Our Action Plan for Animal Welfare will deliver on our manifesto commitment to ban the export of live animal exports for slaughter and fattening, prohibit keeping primates as pets and bring in new laws to tackle puppy smuggling.

“We will lead on the protection of animals abroad by implementing the world’s toughest ivory ban and banning the import of hunting trophies to protect iconic species. As an independent nation we are now able to go further than ever to build on our excellent track record.”

The Action Plan for Animal Welfare also sets out how the government will:

Improve welfare for pets by:

Improve welfare for farmed animals by:

To deliver these reforms, the Government will be introducing a series of Bills in due course focusing on animal sentience, kept animals here in the UK and the welfare of animals. There will also be a series of non-legislative changes to promote animal welfare over the coming months, with a number of regulations due to be brought forward as early as this year.

The Government will also ensure that animal welfare is not compromised in all our future trade negotiations.

The UK has a world-leading record on animal welfare, and over the last decade the Government has introduced a range measures to ensure we offer animals the care, respect and protection they deserve. This includes banning the use of battery cages for laying hens, introducing compulsory CCTV in slaughter houses and raising the maximum sentence for animal cruelty from six months to five years.