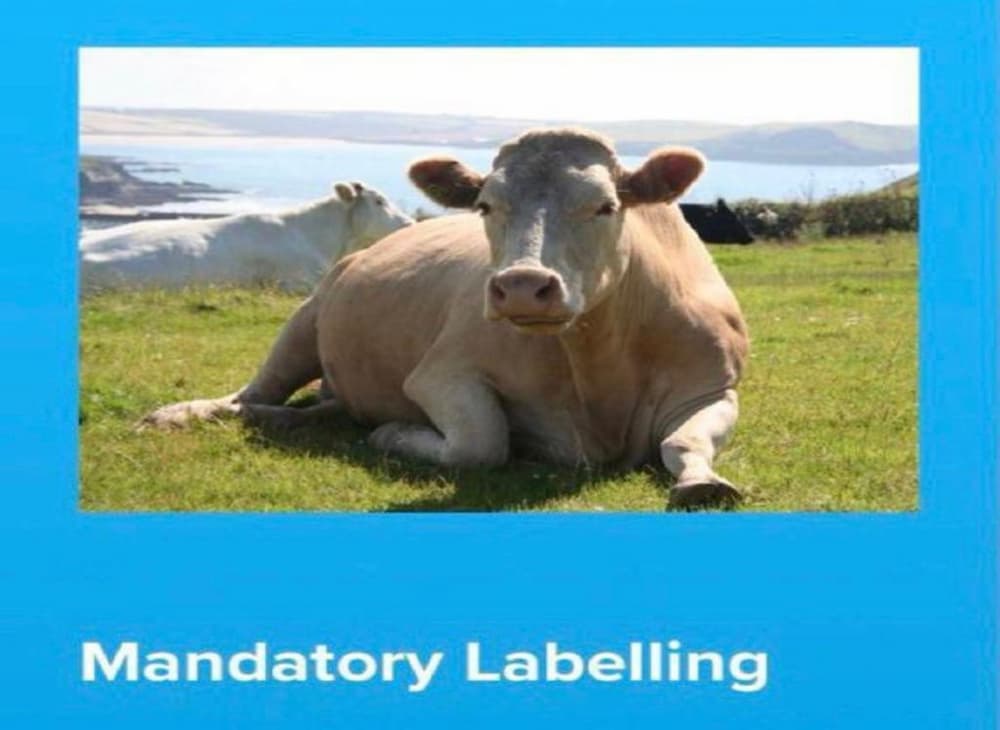 We Must Progress Mandatory Labelling for Animal Welfare

The Government has recently published their response to the call for evidence on labelling for animal welfare. The findings were very encouraging and certainly a clear step in the right direction towards making choosing higher welfare meat products easier for consumers.

The Government has recently published their response to the call for evidence on labelling for animal welfare. The findings were very encouraging and certainly a clear step in the right direction towards making choosing higher welfare meat products easier for consumers. Labelling for animal welfare is important. People want to know, and need to know, the welfare standards that the animals they consume were raised and slaughtered in. In producing accurate labelling, we can empower consumers to make decisions which align with their beliefs.

The report stated: ‘Evidence provided indicates the potential of mandatory labelling reform to make it easier for consumers to purchase products that align with their values, support UK farmers, and improve animal welfare.’

The response showed consumers reported a lack of transparency when it comes to animal welfare, stating: ‘… without a simple standardised way of labelling for animal welfare, it is not easy for consumers to choose food that aligns with their welfare values.’ This seems even more of an issue on products imported, processed, online and purchased in the food service sector (i.e., prepared foods).

Another benefit of uniform, mandatory labelling (as opposed to industry led or voluntary labelling), is that it would tackle the confusion about what welfare-labels really mean. Many responses mentioned the difficulty in comparing current welfare-related assurance labels, owing to ‘their varying emphases on welfare and different underpinning welfare standards’. An example of this would be Red Tractor and RSPCA Assured. The latter assurance scheme goes above and beyond for animal welfare standards, far exceeding minimum legal requirements whereas the former generally offers little above the legal minimum requirements in most cases.

Some respondents also referred to what they consider misleading imagery and branding which gives a false illusion of higher welfare. This is can be widely observed on our supermarket shelves– just think, when is the last time you went to the milk or dairy aisle in your local supermarket and saw images of dairy cows, densely packed in large indoor barns, being mechanically milked?

The response also addressed the topic of slaughter methods, something that we at the Conservative Animal Welfare Foundation have consistently called for and published reports on. In relation to method of slaughter labelling, a staggering c99% of individuals who responded felt that this should be introduced.

Currently, it is hard to know if an animal was stunned before slaughter (although legally this is a requirement, there are exemptions for animals religious slaughtered for halal or kosher meat). Some responses echoed a common theme of the consumer’s right to avoid purchasing meat from animals that have not been pre stunned before slaughter, out of concern for animal welfare. Some respondents also suggested that providing method of slaughter labelling may actually lead to a decrease in meat consumption, something that is not only good for animal welfare, but also for the environment.

In their response, the Government has pledged to: ‘consult on proposals to expand and reform mandatory welfare labelling.’ This is great news and we will continue to campaign for clear, effective and uniform mandatory animal welfare and method of slaughter labelling. We must not allow a compromise position, likely to be pushed by industry, of QR codes or website links to more information, instead of clear labelling. We know that people are busy, and we know that sometimes ignorance is bliss, and that’s why few will scan a QR code or click through. Labelling must be simple, visually clear and up front – nothing else will do.