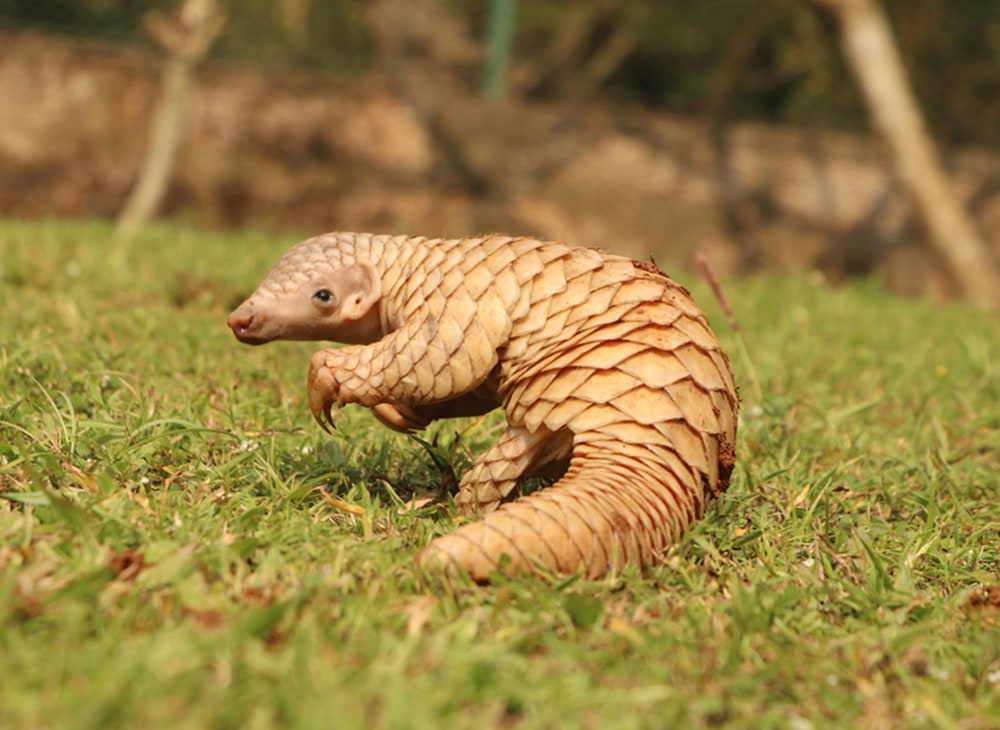 We welcome China’s strong action to address the wildlife trade but we urge for a further amendment to the Wildlife Protection Law in China.

On 28 February the Chinese Government issued a ban on eating wild animals, as a measure to end the consumption of wild animals and protect people’s health.

We welcome China’s strong action to address the wildlife trade but we urge for a further amendment to the Wildlife Protection Law in China – a complete ban by the Chinese Government on the captive breeding of wildlife for all commercial purposes, and the permanent closure of all wildlife wet markets and trade in addition to the ban on eating wildlife.

We call for the recent ban on eating wildlife to extend to include all 54 species on their list currently exempt from protection for food, fur, Traditional Chinese Medicine, derivative products and for entertainment. Many animals on the list of 54 species have been removed from the wildlife category and are listed as livestock and will not be protected.

It is important that all loopholes in the law are closed to protect world populations from future pandemics and to protect vulnerable wildlife. We urge for a ban on all commercial wildlife breeding and for all wet markets to close. A temporary ban to curb coronavirus is not enough and should be made permanent. We need action for a complete ban on the captive breeding of wildlife for all commercial purposes, wildlife markets, consumption of wild animals and trade in wild animals and derivatives.

A permanent ban on wildlife markets will only partially solve the current problems as millions of wild animals are bred for commercial purposes.
It is paramount that greater action is taken to tackle the illegal wildlife trade which is driven by demand across the world and poses not only a serious risk to the conservation of endangered species but also to public health. Governments must focus on increased action and collaboration to combat the illegal wildlife trade.

“The recent events in the press where ‘Wet Markets’ are a source for viruses to spread is linked to the Illegal Wildlife Trade (IWT). This covers a whole range of criminal activities from habitat destruction, the killing of animals including animals taken from their natural environments for tourism and for these notorious markets. Those selling a range of exotic and endangered animals alongside domestic animals for their meat are at the end of a long chain of events. Forensic Science is a key tool in helping to identify those who are plundering the natural world. Working closely with law enforcement agencies around the world and sharing intelligence can help identify criminals at the beginning of the chain, thus stopping the supply and demand.”

We applaud the Chinese Government’s recent action on wet markets and encourage them to take the further necessary steps to close these markets once and for all . Mixed animal species at wet markets are crammed in cages and crowded unsanitary enclosures, risking a breeding ground for zoonotic diseases. Scientists believe COVID-19 originated from a wet market.

“Chinese wet markets are just the tip of an iceberg of animal cruelty, irresponsibility and now a global pandemic. Sadly the world is reaping the results of this barbarity. Humanity must learn and turn away from animal mistreatment.”

Markets where there is a trade in mixed species of live wild animals, which are then sold and slaughtered on the spot for customers should be closed worldwide by Governments, protecting animals from suffering and protecting the public from the serious health risks of future pandemics.

Our Patron Elise Dunweber urged for a ban on wet markets on Talk Radio on 23 March with presenter Dan Wooton. Listen here:

Patrons Sir Roger Gale MP and Sir David Amess MP comments for a worldwide ban were included in the Daily Telegraph on  8 March:

“It is very welcome that China is looking to ban illegal wildlife trade and taking action on wet markets that trade in wildlife. We support the increasing calls by wildlife campaigners to make the ban permanent.

“Wet markets where there is a trade in mixed species of live wild animals, which are then sold and slaughtered on the spot for customers should be closed worldwide”.

Sir Roger Gale MP added: “Irrespective of coronavirus this is an issue that needs addressing urgently”, adding that he hopes the disease wakes people up to the risks”.

See the full article in the Daily Telegraph: https://www.telegraph.co.uk/news/2020/03/08/coronavirus-spread-should-prompt-new-un-taskforce-tackle-illegal/ 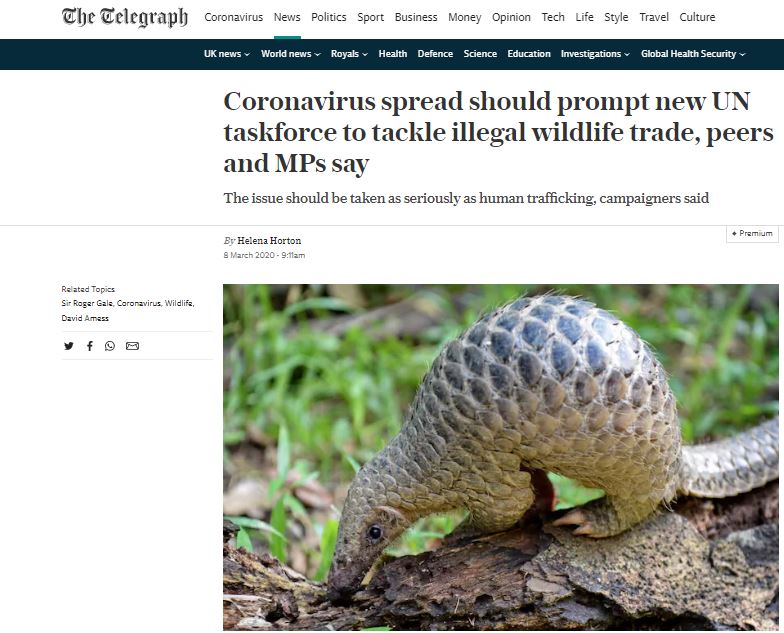