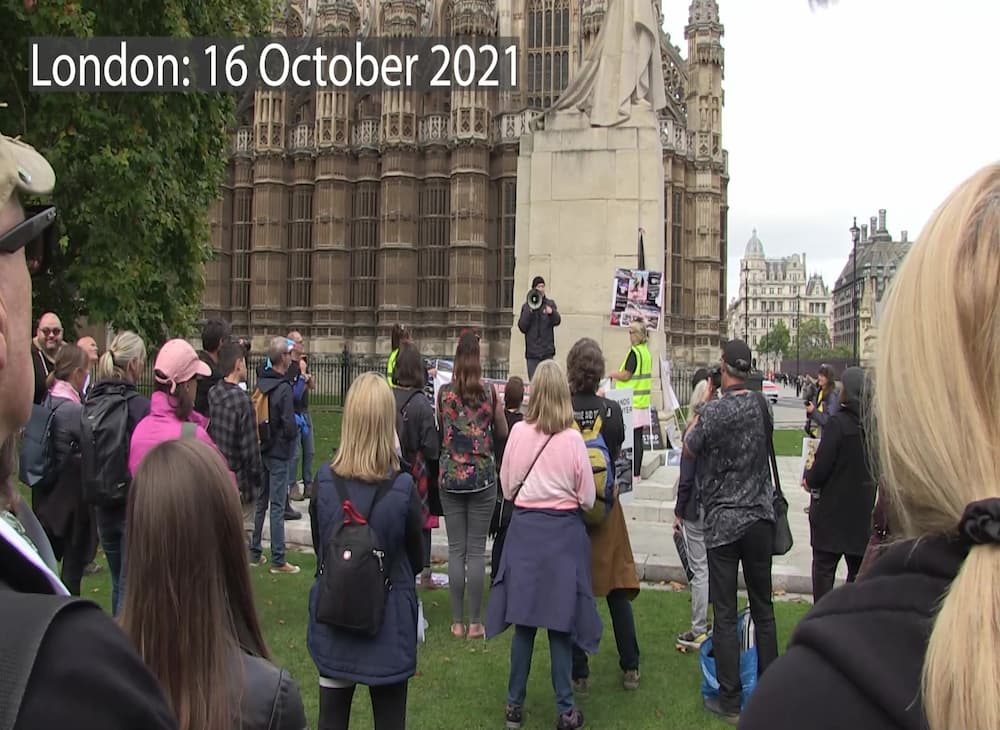 "Each one of us has the power to affect the process of change by taking personnal responsibility by communicating with legislators, your MP" Updated 16th Feb 22

“Each one of us has the power to affect the process of change by taking personal responsibility by communicating with legislators, your MP”

The Governmnet’s response to Dominic’s petition on the Grind today : The government responded
This response was given on 26 October 2021

The UK strongly opposes the hunting of cetaceans and is committed to upholding high animal welfare standards in its trade relationships. We continue to urge the Faroe Islands to stop cetacean hunts.

Read the response in full
The UK plays a leading role in championing the conservation and welfare of all cetaceans (whales, dolphins and porpoises) and is an active member of the International Whaling Commission (IWC). We strongly believe that the hunting of cetaceans is unacceptably cruel, and that responsible tourism is the only truly sustainable interaction with these animals.

Lord Goldsmith has written to Jacob Vestergaard, the Faroese Minister for Fisheries, to express the UK’s opposition to the killing of cetaceans in the Faroe Islands, with particular reference to the hunt of 1,428 Atlantic white-sided dolphins that took place on the 12th September. UK officials have also raised concerns through diplomatic channels including through the IWC.

The UK welcomes the Faroese Prime Minister’s announcement that his government will start an evaluation of regulations on the catching of Atlantic white-sided dolphins and review closely the part these hunts play in Faroese society. UK Ministers will continue to engage with the Faroese Government throughout this evaluation process.

By having strong diplomatic and economic relationships with partners, we are able to have open discussions on a range of issues. The UK will continue advocating at every appropriate opportunity, included those provided by our Trade Agreement, for the end of cetacean hunts in the Faroe Islands.

CONSERVATIVE ANIMAL WELFARE FOUNDATION- London, 16 February 2022Statement on the Free Trade Agreement entered into between the Kingdom of Denmark in respect of the Faroe Islands and the United Kingdom.The Conservative Animal Welfare Foundation (CAWF) is disappointed by the news that the United Kingdom has entered into a new fishing deal as part of its Free Trade Agreement with the Faroe Islands. On Sunday 12 September last year the waters of the Faroe Islands were stained with the blood of what was possibly the largest killing of cetaceans ever recorded, 1428 Atlantic white-sided dolphins and dozens of pilot whales were massacred as part of the Faroese festival of killing known as the grindadrap. It is critical that the Government not compromise on animal welfare standards when forming international agreements. Although the grindadrap has its roots in the distant past, it is only the modern technology of motorised boats driving cetaceans to the shore that allows killing on this scale. This senseless slaughter is unjustifiable on any grounds. Cetaceans are already under pressure from climate change, ship strikes, overfishing, and pollution from sonar, plastic, heavy metals, and lost fishing gear. As a keystone species their loss affects the overall health of the oceans. We stand firmly with animal welfare campaigners and CAWF Patrons, including Lord Zac Goldsmith, who rightly spoke out against these killings and wrote to the Faroese and Danish governments condemning the massacre last year. This event is a further argument for mandatory animal welfare labelling of all animal products produced or consumed in the United Kingdom. We recommend that fish and meat products sourced from the Faroe Islands and sold in the UK are clearly identified so that consumers can decide whether they wish to purchase them.In October 2021 CAWF Director Peter Hall AM participated in a rally against the grindadrap outside Parliament and led a minute of silence to mourn the murder of CAWF Patron Sir David Amess. You can view the footage here:https://www.conservativeanimalwelfarefoundation.org/…We are very heartened that Iceland has recently announced the end to its whaling and hope that the Faroes, Denmark, Norway, and Japan will also put an end to whaling.