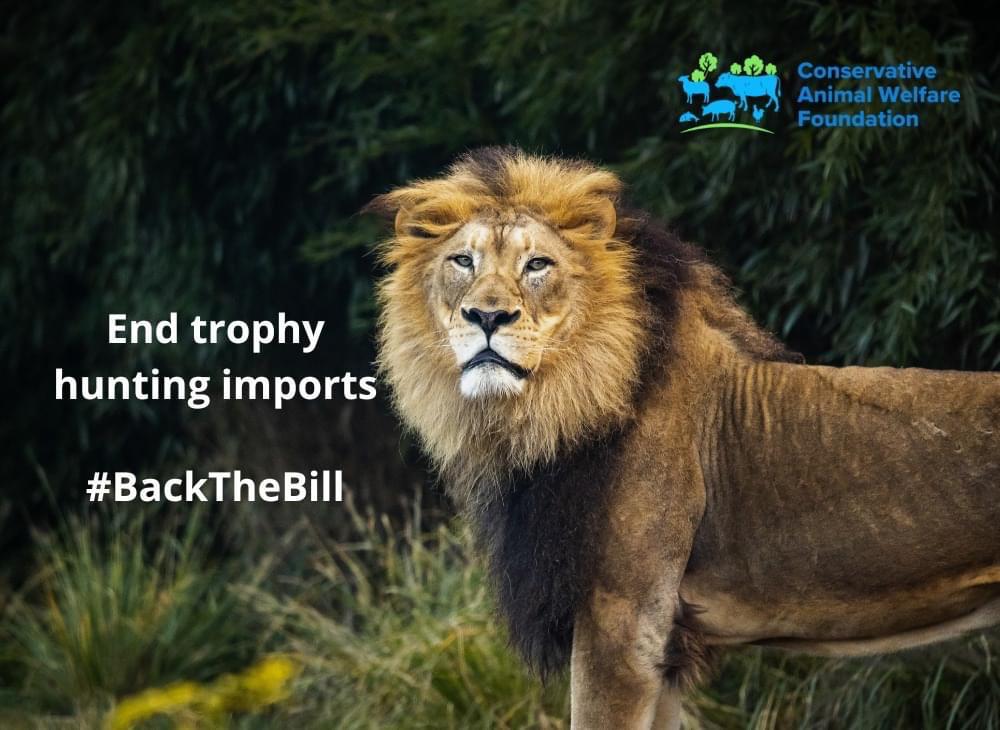 The commitment to ban trophy hunting imports was included in both the Conservative Manifesto 2019, and also Defra’s world-leading Action Plan for Animal Welfare published in 2021.

In March this year polling showed overwhelming support for the policy of banning trophy hunting imports. Amongst voters polled, 86% agreed that the UK Government should ban trophy hunters from bringing back trophies of hunted animals as soon as possible, and amongst Conservative voters this was 92%. You can read the full briefing here.

Conservative Animal Welfare Foundation Patron Sir Roger Gale MP also Chairs the APPG on Banning Trophy Hunting, which has been campaigning for a ban on hunting trophy imports for many years.

“Indeed, by banning trophy hunting imports, we can send a strong message to the rest of the world that the UK does not tolerate the killing of iconic species such as rhinos, lions, and elephants by a minority of individuals for recreation. We look forward to supporting this Bill through its next stages in Parliament, and seeing this important Manifesto pledge delivered.”