Conservative Animal Welfare Foundation has been calling for greater protection for elephants which are being decimated for the ivory trade.

Populations are at an all-time low with the species facing extinction due to the ivory poaching crisis which is killing at least 20,000 elephants each year.

“We are thrilled with the news and congratulate Michael Gove and the Government. We urge for this policy to be implemented as soon as possible. We have to protect elephants now for the sake of future generations as time is running out for vulnerable elephants whose populations are being decimated on an unprecedented scale. We need to end the UK’s ivory market and save the iconic elephant from the threat of extinction.” 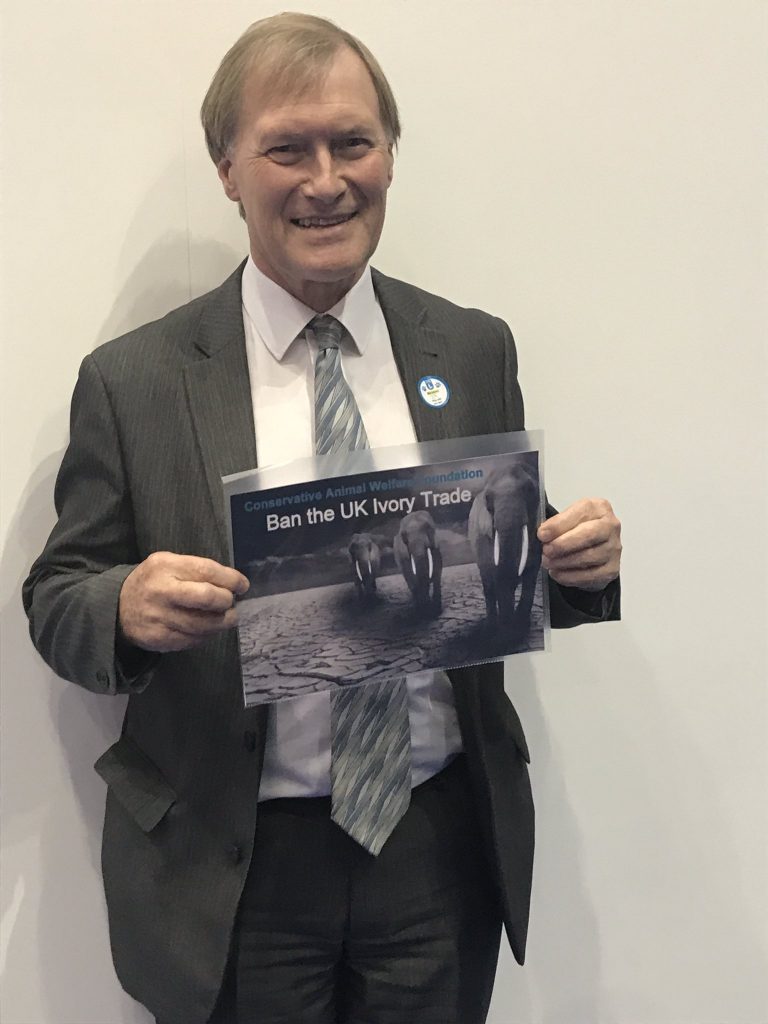 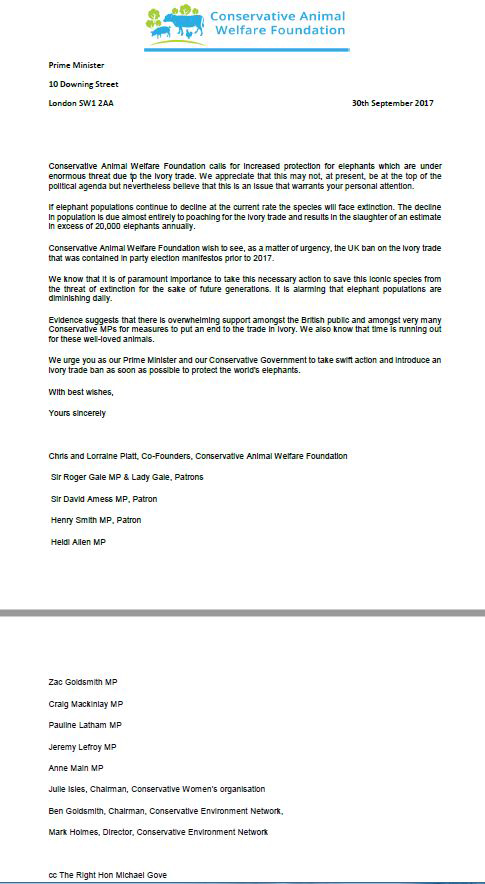 Thank you to our Patrons for their kind support for our letter, including Henry Smith MP for his post: 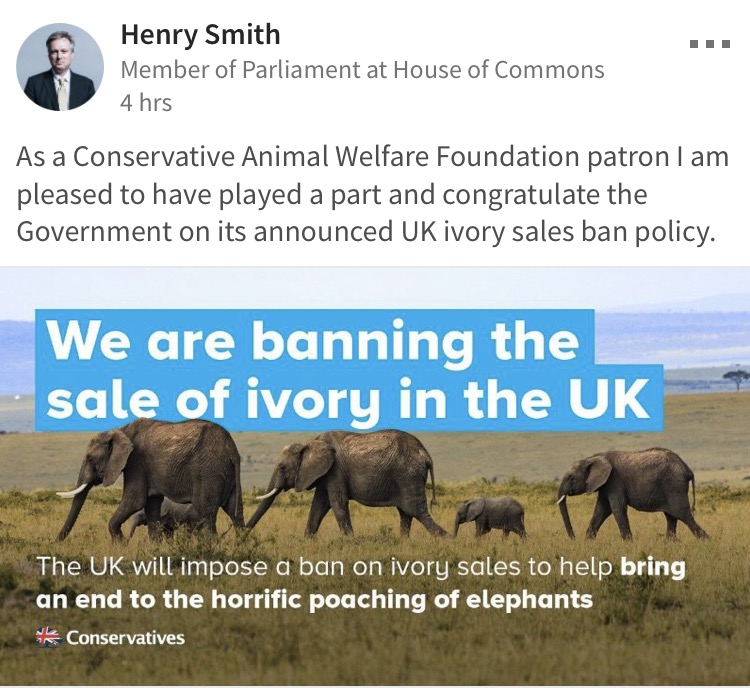 Catholic Concern for Animals writes on its website:  https://catholic-animals.com/2017/10/07/cca-welcomes-uk-ivory-ban-consultation/

“CCA is pleased to welcomes the decision of the UK Government to open  consultation on a total ban of Ivory Sales in the UK. CCA has been campaigning on this issue for a long time and has recently had numerous articles published in the Catholic press and elsewhere on the subject.

We are particularly pleased at the role that CCA Patron Sir David Amess MP (pictured above) has played in securing this consultation and we know that he has been pressuring the Government on this issue including signing a letter from many senior Conservative MP’S to the Prime Minister only last week which seems to have been crucial in securing the consultation which has just been announced by DEFRA.

CCA will be watching the consultation process with great interest and only a total UK ban on Ivory sales as part of a larger worldwide ban will stop the massacre of Elephants in the wild for their tusks.”

The Conservatives  have announced the following measures to advance animal welfare