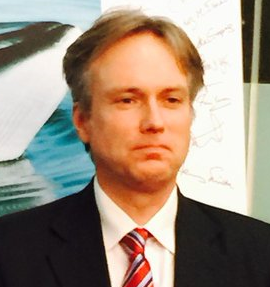 ‘A year ago, I led a debate in the House of Commons calling for the introduction of CCTV in all UK slaughterhouses.

During that debate, I cited a study carried out by Animal Aid who undertook secret filming in ten slaughterhouses over a five year period. The study, worryingly, found serious animal mistreatment in nine of the ten slaughterhouses.
While Food Standards Agency figures estimate that the vast majority of cattle, pig, sheep and poultry come from premises with CCTV, I still believe that there is more to be done.

There are legitimate questions about the cost to the taxpayer, not least in terms of viewing the footage which would be recorded. I am aware of groups that would certainly be willing to provide this service– at no cost to taxpayers – as part of their commitment to animal welfare.

I understand that one of the issues which opponents of mandatory CCTV would put forward is the fact that Animal Aid uncovered abuse by viewing such footage.

That raises the important question of who monitors the video feeds. With the right examination – for practical reasons, this does not include watching the entirety of such recordings – abuses can be uncovered; for example,individuals or an organisation viewing a particular slaughterhouse’s monitoring system, may select the relevant sections to view. I am heartened by events in Israel, where the Agriculture Ministry has ordered the installation of cameras in the country’s slaughterhouses. That will involve a “smart camera” system which is to include around 400 cameras and 50 digital recording systems at approximately 50 slaughterhouses. Myself, together with parliamentary colleagues as well as groups I continue to work with, such as Animal Aid, will be monitoring developments there closely.

Animal Aid has commissioned an independent report from the University of Sheffield which will provide analysis on finding the best system. It is anticipated that that will be completed in the coming months, and I look forward to reading its findings.

A survey of members of Unison – which represents meat hygiene inspectors and some vets in slaughterhouses – found that 23 per cent had witnessed animals being mistreated. Studies from Animal Aid show that most violence to animals takes place when vets are not there, so the full scale of abuse may not actually be documented.

In 2010, for instance, figures appeared to show that there were only five cases of the mis-stunning of pigs across the UK over the course oft he year. However, secret recordings demonstrated that 762 pigs were mis-stunned in one slaughterhouse alone. That is not the fault of the vets, who I am sure would always be quick to report any malpractice.This demonstrates the necessity of independently-monitored footage.

There has been some progress, however – major supermarket chains now insist that their slaughterhouse suppliers have CCTV installed. While that‘voluntary’ scheme has ensured an increase in the number of slaughterhouses installing CCTV, there is more to be done.

It is, of course, probable that those who continue to resist CCTV are in need of the additional scrutiny themselves.

I have spoken with a number of farmers who also share concerns regarding the welfare of animals in slaughterhouses – they, who have raised livestock with care, do not want to see animals unnecessarily suffer in their final moments.
Animal welfare is a cause close to my heart. It was a great honour to be elected as the Co-Chairman of the All-Party Parliamentary Group for Animal Welfare following last year’s general election, and I regularly receive letters, emails and messages on social media from my constituents who share my passion to improve treatment of animals.’

This article appears in the February edition of Politics First magazine