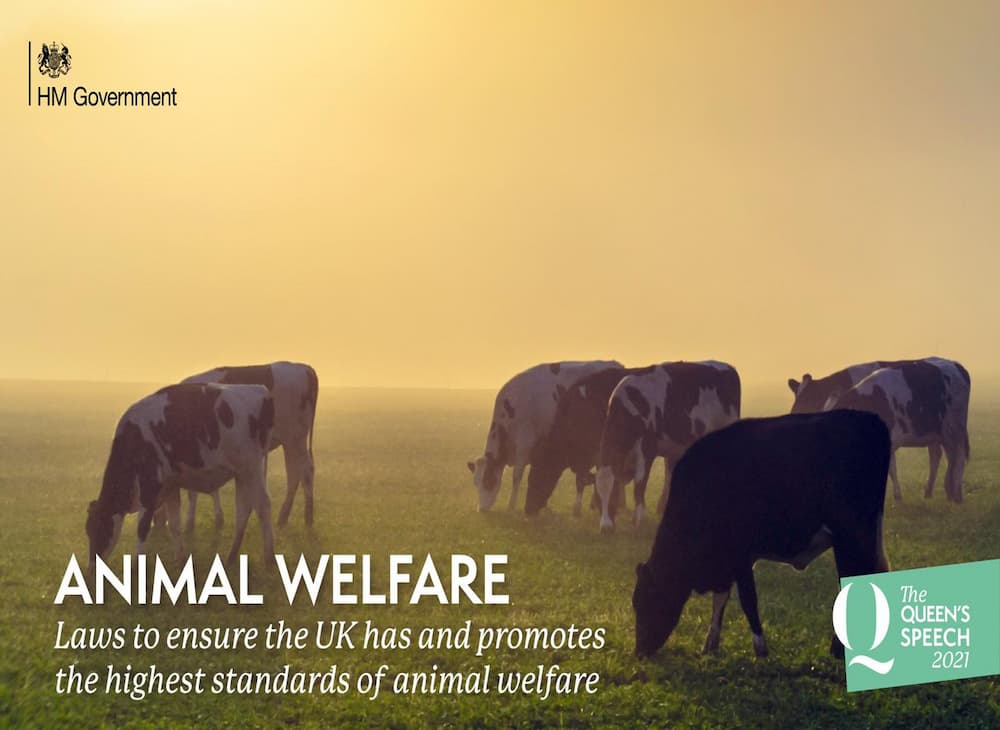 The Conservative Animal Welfare Foundation welcomes the Government’s commitments to a new legislative agenda to enhance animal welfare, announced in the Queens Speech today (Tuesday 11 May)

The Conservative Animal Welfare Foundation welcomes the Government’s commitments to a new legislative agenda to enhance animal welfare, announced in the Queens Speech today (Tuesday 11 May)

We welcome the Queens words that’ Legislation will also be brought forwards to ensure the United Kingdom has and promotes the highest standards of animal welfare”.

The Queens Speech document includes a new Animal Sentience Bill, an end to live exports for slaughter and fattening, banning the imports of hunting trophies from endangered species, ending the keeping of primates as pets and more animal welfare measures.

“Good to see animal issues featuring prominently in the Queen`s Speech.  There is much more to be done to enhance farm, domestic and wild animal welfare.  We must ensure that a ban on importing the relics of `trophy hunting` is total and does not allow the wealthy to buy their way out of the ban by making a `contribution to the cost of conservation` as an excuse for murdering wild animals”.

“The session of Parliament just completed saw unprecedented animal welfare laws enacted and I’m delighted that today’s Queen’s Speech sees even more due for the statute book, from ending live exports for slaughter to enshrining animal sentience in law.”

“We are delighted that the Queen’s Speech document includes an end to live animal exports for slaughter and fattening which we have campaigned for many years, holding parliamentary and fringe events with our Patrons to end the vile trade which causes suffering and misery for animals.

We are also pleased to see the Government will bring in a Bill on Animal Sentience, something we have urged for many years. We welcome the ban on the keeping of primates as pets. Primates are intelligent, social, wild animals and a domestic setting is not a suitable environment to meet their complicated needs. It is also very welcome to see that there will be a ban on the import of hunting trophies from endangered animals. Animal cruelty has no place in a modern society. And there is especially no place for taking trophies from hunting endangered animals.

We would like to thank our Prime Minister Boris Johnson and the Government for leading landmark and historical commitments to advance animal welfare and protect the environment.”