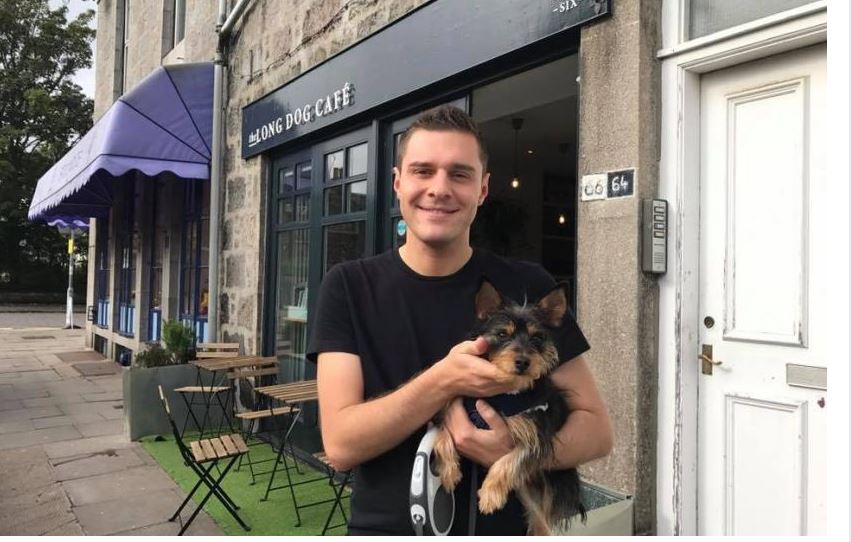 Ross Thomson MP is leading the campaign to ban electric shock collars. Learn more about the campaign from the below information which is featured on Ross’s website:  https://www.rossthomson.org.uk/ban-electric-shock-collars-campaign

“I am taking a Scottish Conservative campaign against “barbaric” electric shock dog collars to Westminster.

I have written to the Cabinet Secretary for Environment, Food and Rural Affairs (EFRA) urging a ban on the sale, use and distribution of the devices.

As a dog owner, the UK Government should follow the lead of the Welsh and Scottish parliaments in seeking to outlaw the dog training aids.

My Scottish Conservative party colleague, West of Scotland MPS Maurice Golden, collected 20,000 signatures on a petition against the use of the collars. Following his local campaign, the Scottish Government announced last week it would be seeking a ban.

In my letter to Michael Gove, I have cited evidence collected by DEFRA officials. This evidence shows that one in four dogs subjected to electric shock collars showed signs of stress compared to fewer than five percent who were trained by more positive methods.

It was also found that a third of dogs yelped when they felt a shock, and a further quarter again when the punishment was repeated. The research also found that, even when used by professionals, there were still long-term impacts on dog welfare.

Like many other people, I am a dog owner, and I feel very strongly that these devices are cruel and unnecessary. Given the advances in positive, reward-based training, there is simply no place for this type of punishment. My party colleague at Holyrood, Maurice Golden MSP, deserves huge credit for his campaign north of the border, which has forced the Scottish Government to act.

There has been similar action in Wales, and now it is time for the UK Government to follow suit. Tightening regulations will not be enough, however. I am proposing an outright ban on the sale, use and distribution of these devices. I will be making the case as strongly as possible and I hope that I will secure cross-party support.

Quite simply, electric shock dog collars are barbaric and outdated and the law should reflect that.

I have attached a petition form which you can print off getting your friends, family and neighbours to sign it.

Drop the form off at my office 192 Holburn Street, Aberdeen, AB10 6DA or send it in an envelope addressed FREEPOST, Petition to the House of Commons, Office of Ross Thomson MP, House of Commons, London, SW1A 0AA ”

On social media use the hashtag #banshockcollars

Ross Thomson met with the Dogs Trust and The Kennel Club in Westminster  to discuss the need to ban the use, sale and distribution of electric shock collars across the whole of the UK. The campaign is gaining momentum and we fully support the campaign. Ross will host a reception on the campaign for the Dogs Trust on the 20th February

I have genuinely been overwhelmed by the level of public support as well as the cross party support for my on going campaign in the House of Commons to ban the use, sale and distribution of electric shock dog collars.

I was delighted by the announcement from Defra secretary Michael Gove proposing government action to ban electric shock collars and that there would be a consultation on this very useful. However, since this consuktation closed I have become increasingly concerned that the Government may snach defeat from the jaws of victory on this issue.

AS part of the consultation the use of e-collars for electronic containment systems was included. There has been a concerted effort by the idustry which makes these devices as well as supporters in the House of Commons and by journalists in the mainstream media to have the Government exempt containment fencing from any ban.

Failing to introduce am outright ban would be a retrograde step for animal welfare. Fundamentally it would send the most confusing message on the use of shock collars if they were not banned. I want to take this opportunity to outline exctly whiy it is so important that containment fencing is included in any ban.

What are Containment Fences

An electric containment fence is a wireless ‘invisible’ fence which is installed using a wire than runs under ground along the perimeter of a propert thereby creating an invisible boundary fence.

An e-collar is placed around the neck of your pet dog or cat which is designed to deliver a “static correction, electric shock, should the dog or cat stray too close to the boundary.

These containment fences are marketed by companies as safe and painless. A simple soution for keeping your pets within the boundary of your back grden. However, in reality electronic containment systems are not foolproof or even safe for dogs or cats, and they are most certainly not painless.

It has frequently been cited to me that a ban on electronic containment fences would negatively impact on dog and cat welfare as without such fencing there will be a greater risk of pet deaths from road accidents. The ban on containment fences in Wales has been in place now for eight years and to date there have been no reported incidents of dogs or cats being run over due to a lack of containment fencing.

I would also like to make the point that electric containment fencing is in absolutely no way the only available method of containment. There are a number of effective alternatives such as cat friendly fencing, restricting access to cats and dogs outdoors during times where traffic volumes are high, keeping pet cats and dogs inside overnight, providing a large enclosure with resources in the garden to reduce the cat’s need to wander away from home to mention just a few.

In Febuary 2017 the Journal of the American Vetinary Medical Association found that electronic containment fencing was significantly less effective at keeping dogs within the confines of the boundary compared to other physical fencing types. The results showed that dogs confined by an electronic fence were almost twice as likely to have escaped (66/150 [44%]) than were dogs confined by a physical fence (191/821 [23%]).

Proponents of electronic containment fencing often refer to a study from the University of Lincoln which did not find evidence to suggest that the long-term welfare of cats was impaired by electronic garden boundary containment systems. However, this study looked at cats in gardens which had at least 100 square metres of external space available therefore with ample scope to avoid the fencing area and the immediate/short-term welfare impact was not considered in the conclusions.

Fundamentally, such electronic containment systems are based on the principle of positive punishment. They therefore cause pain, fear and distress at least in the short term in order to be effective in teaching pets not to cross the boundary. Reports suggest that as a pet does not know where the shock has come from due to the invisible nature of the fencing it means that instead of associating the shock with a defined boundary line they instead associate the pain from the shock with something else in their environment at the time. This can lead to the development of unitended negative associations between the shock and any people, animals or objects in the vicinity at the time resulting in fearful and aggressive behaviour.

Victoria Stilwell, who is a professional dog behaviourist has observed from her own experiece from the dogs she has rehabilitated that many wiull refuse to go outside after an electric fence has been installed. These dogs will not go out into their gardens that were ‘safe’ before the electric fence was put in place and, therefore, as a result of this will go to the toilet inside the home rather than in the garden even though they have been successfully housetrained in the past. According to Victoria It takes a lot of patience and retraining to encourage these dogs to use and feel safe in their gardens again.

Further, if a pet crosses the boundary they may not return due to the fear of receiving a further electric shock. Even if the containment fencing was successful at keeping pets within the boundary it does not prevent other domestic animals or wild animals from crossing at will which poses potential risks of nuisance, disease transmission and attacks.

These fences also do not keep people out. From the work I have been doing around pet theft reform it is clear that certain pedigrees have a high value and the evidence published by Direct Line Pet Insurance, using UK police statistics, has shown that certain types of dog are stolen for breeding, selling on and even illegal fighting. Last year, 61 French bulldogs were stolen – a 27% rise year on year, while Staffies remain the most targeted dog with 210 stolen in 2017. The figures show an upward trend in pet thefts in recent years, with a 14% rise in 2016 and a further 6.8% increase in 2017

The response from the public and parliamentarians to my campaign to ban electric shock collars has been nothing short of incredible and overwhelming. The public are firmly behind the Government in taking action to outlaw these barbaric devices.

I am concerned that any suggestion that a ban could be watered down to allow the continued use of containment fences would have a negative impact on the enforcement of any ban thereafter introduced. If the Government decides to ban remote control and anti-bark collars, and not ban electronic containment fencing, then this will undermine any such ban by making enforcement harder as officers will be unable to distinguish between an e-collar controlled by an invisible fence and an e-collar controlled by a remote control or triggered by a dog’s bark.

Therefore in conclusion I share the collective view of charities and professional dog behaviourists that electronic containment fencing should be included in any ban.

Having led the campaign to ban shock collars in the House of Commons I urge those of you who support an outright ban to contact your MP and ask them to make their voice heard on this issue. Great progress on banning electric shock collars has been made to date and I do not want to see that great progress lost.

Quite simply, electric shock collars are barbaric and outdated and the law should reflect that. 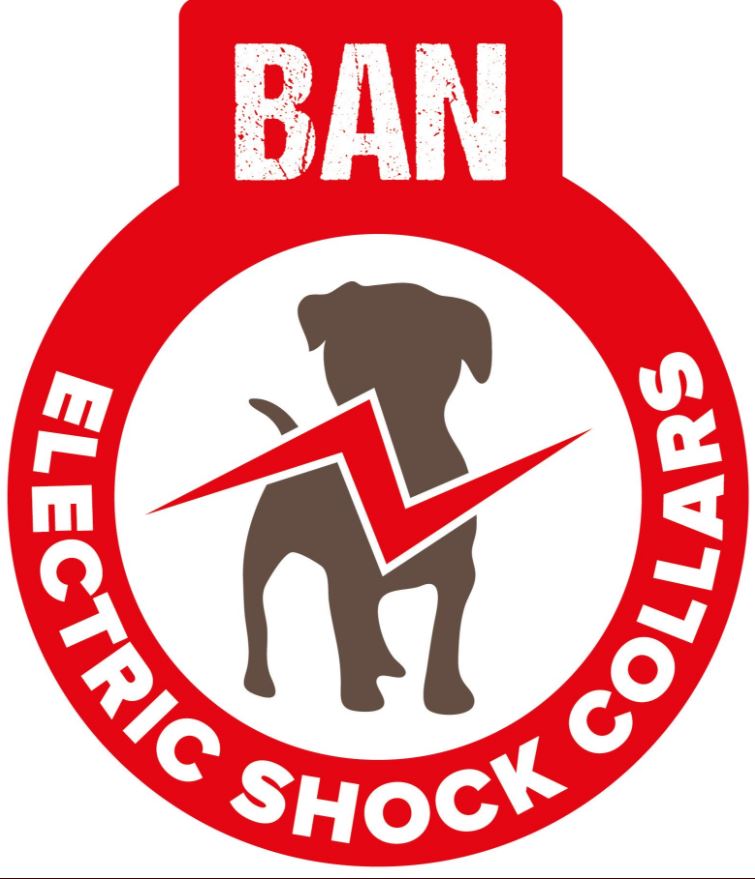