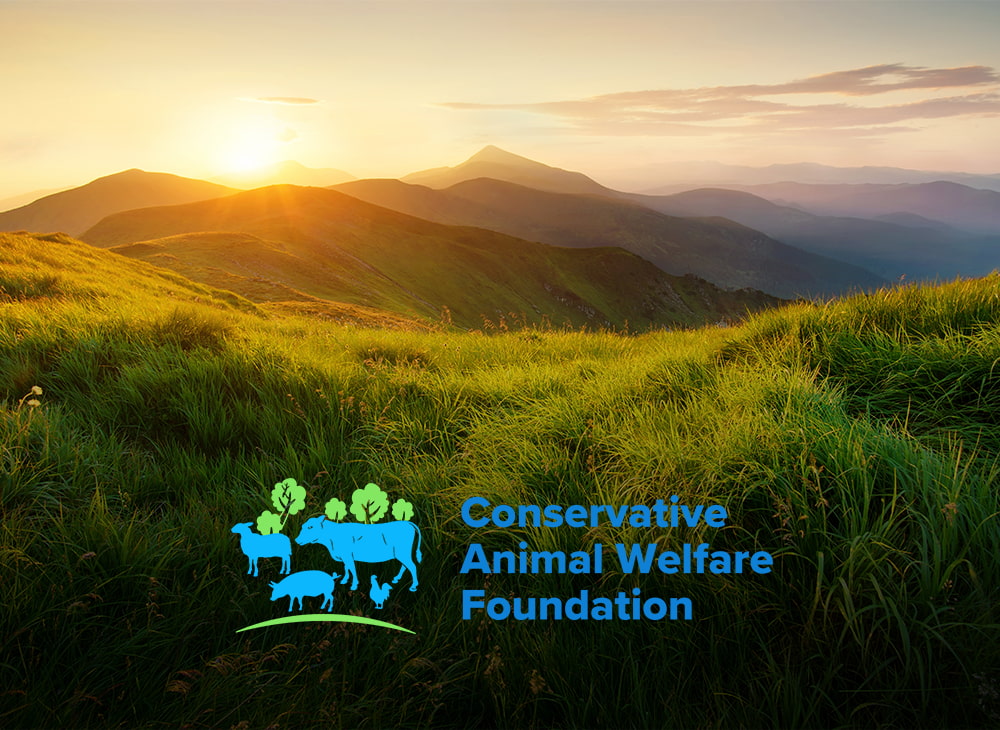 "And together, we can do so much for animal welfare and the environment and help make this a better place for everyone to live. Quite simply: It is our duty to do so." 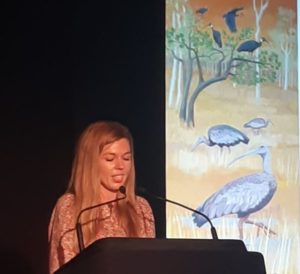 I feel so honoured to be here with you at Birdfair.

This is my first time here and already I love it!

I can see why it’s known as the “Glastonbury” of the wildlife world!

We may not have Stormzy with us this evening but we certainly do have a world class line-up here tonight, and that says so much about how far Birdfair has come.

When it all started 30 years ago, the British Birdwatching Fair was just a few tents in a field next to Rutland Water, organised by Tim Appleton and a few other passionate birdwatchers.

Since then, Birdfair has grown in size – this year I think we’re expecting about 25,000 people, with more than 450 exhibitors.

Over the past 30 years Birdfair has raised over £40 m for bird and wildlife habitat protection around the world. £40 MILLION. That’s an amazing achievement.

An amazing contribution by you to the protection of birds and our planet in general.

It has funded conservation projects from Poland to Peru, from Ecuador to Ethiopia.

Every penny raised this weekend will go towards Birdfair’s projects in Cambodia, aimed at protecting critically endangered ibis and vultures in the forests of Western Siem Pang.

This area is home to no fewer than five Critically Endangered species of bird – a higher concentration than anywhere in the world.

Its extraordinary biodiversity and connection to other forests makes it a sanctuary for precious species, but it is now under threat from logging, land clearance and hunting.

So let’s try and raise more money than ever before to protect this beautiful ecosystem.

And let’s thank Tim – as well as Sarah Marsh and all the staff and volunteers who work tirelessly to make this event such a success – a round of applause for them please!

Now I must confess I haven’t dedicated as much of my life to the pursuit of our feathered friends as many of you here today.

But while part of me wishes I’d discovered ornithology a lot earlier, I also think I’m quite lucky – because there are all kind of wonderful sights and sounds that I’m getting to experience for the very first time.

So just last month I took my first trip to the stunning Bempton Cliffs.
If this is birdwatching’s Glastonbury then Bempton is like its cathedral –
gannets, razorbills, guillemots, all soaring and screeching and diving with the majestic backdrop of those sheer chalk walls.

But like the average Bempton newbie, what I really wanted to see was a puffin.

We spent hours looking. I was on tiptoes leaning over the cliffs, craning my neck, peering through my binoculars, desperately trying to glimpse one.
We were about to give up, about to go home. But suddenly – there he was. And when I saw that puffin in all its glory, I was just delighted.

He was so tiny that at first I thought it was a baby, a puffling. But when he turned his head and I caught a glimpse of that rainbow bill… I knew I’d found the right guy. It was magic, something I’ll never forget.

And then, just a couple of weeks later I saw another puffin.
But this one wasn’t waddling happily in and out of his burrow.
No. He was pictured in a newspaper, his bloodstained body lined up alongside dozens of others, all slaughtered by so-called “trophy hunters” on trips to Iceland. I ask you, why would anyone want to shoot a puffin?

Why would anyone want to destroy something so beautiful, then stuff its poor lifeless body to keep as some kind of macabre trophy?

A trophy is meant to be a prize. Something you’re awarded if you’ve achieved something of merit that requires great skill and talent.
Trophy hunting is not that. It is the opposite of that. It is cruel, it is sick, it is cowardly and I will never, ever understand the motivation to do it.

Because, quite simply, there is still so much that needs to be done.

And there are no simple answers to the environmental crisis this planet faces. It is immensely complicated.

There is no escaping the fact that politicians, business leaders and journalists have a gigantic responsibility to make the right decisions, change the way they do business and report the truth about what is happening to the world.

But so too do scientists, naturalists, campaigners, birdwatchers –especially birdwatchers! – and all of us as individuals.

We all share this crowded little planet, we all have a duty to take care of it, and we all have a massive role to play in doing so.
And that means we all need to make the little changes that will help make a big difference.

I am far from perfect but I try to remember to take a canvas bag to the supermarket with me, take my reusable bottle rather than have to buy plastic and tonight, I’m wearing a sustainable dress.

I can’t always do that, but I’m learning and I’m trying. Yes, it’s only a start. Only the beginning of what we can do. But we shouldn’t let the perfect be the enemy of the good and we should applaud everyone who makes any effort to reduce the impact they have on the world.

And we have no excuse not to make that effort. We are more informed than ever. We know the impact we have, we know the changes we need to make. And I am profoundly optimistic that the people who care far outnumber the people who don’t – especially among younger people.

That is why it is wonderful to see Birdfair becoming a gathering place not just for lifelong twitchers, but also for the next generation of environmental campaigners.

I met Bella for the first time earlier this year, as we marched together in London against Japan’s decision to resume commercial whaling.
Both Bella and I gave speeches there too, and I cannot tell you how pleased I was not to have to go on after Bella, because she gave one of the most incredible, heartfelt speeches I’ve ever heard – and at the age of 16.
I’m very relieved once again to be speaking before her. She is an impossible act to follow and I think one of the most impressive wildlife campaigners in the country.

So let’s put our hands together and show our thanks to Bella and to all our fantastic young wildlife campaigners at Birdfair this year.

Now time for our Question Time panel this evening. You really are in for a treat. It is not often you get such a distinguished group of speakers all in one place. Each one of these guys could definitely be a headliner at Glasto.
Our panel this evening brings together leading broadcasters, conservationists, film makers, authors and business figures. All of whom have a huge amount of experience and knowledge of wildlife and habitat protection, agriculture and food production, at home and abroad.

It is an honour to introduce Chris Packham, Tony Juniper, Deborah Meaden, Phillip Lymbery, Hannah Stitfall, Issy Tree and Dominic Dyer – what a line up. Let’s have a round of applause for them.

And I want to thank you for having me this evening too. It really is a total pleasure to be here.

It’s been inspiring to meet so many new people who care about the same things I do, who share my convictions and commitment to fighting for what we believe in.

We can see to it that the biodiversity we have in this country is protected for the future generations. And together, we can do so much for animal welfare and the environment and help make this a better place for everyone to live.

Quite simply: It is our duty to do so.

I hope you enjoy the panel and the rest of your time here at Birdfair.