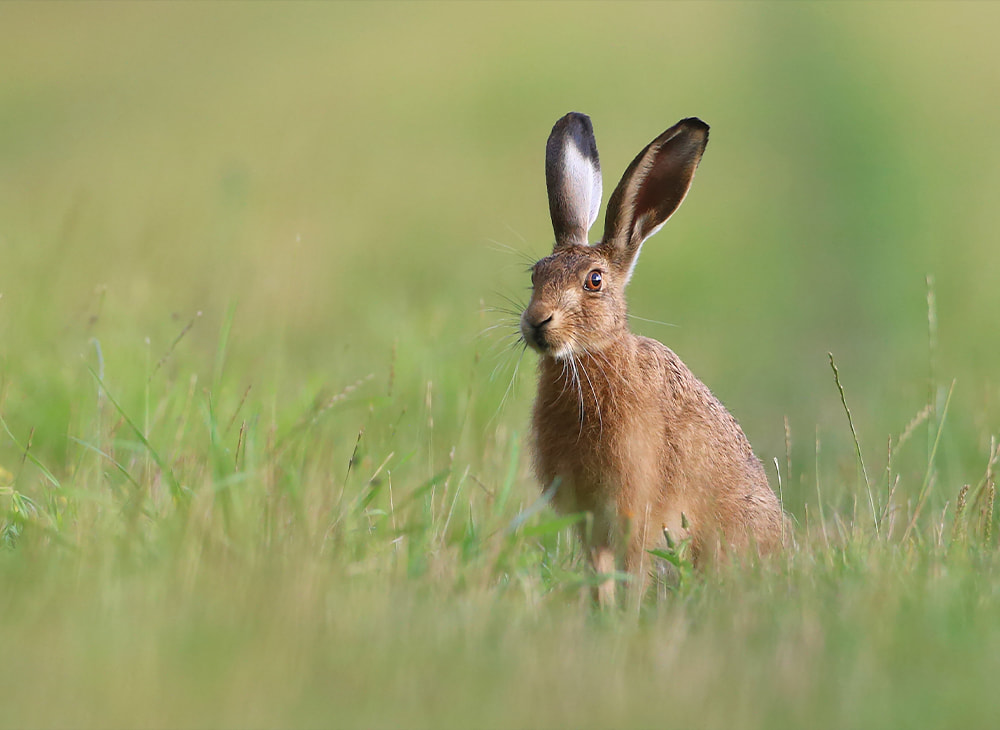 Telegraph: Ban on Hare Shooting Under Consideration by the Government

Our sister organisation Conservatives Against Fox Hunting introduced the Blue Hare campaign for a closed season for hares in 2011 to the House of Commons. A close season for hares is under consideration by the Government.

Our sister organisation Conservatives Against Fox Hunting introduced the Blue Hare campaign for a closed season for hares in 2011 to the House of Commons. A close season for hares is under consideration by the Government.

This is great news: Our sister campaign Blue Hare (www.bluehare.org.uk) has been campaigning since 2011.

Hares are a much loved iconic symbol of the English countryside but have become increasingly rare.

A close season for hares must be introduced In England and Wales as soon as possible. In our opinion, a close season will bring England into line with Scotland, Northern Ireland, and most of mainland Europe who already has close seasons for hares.

It will help meet government objectives and targets to increase hare populations.

It will stop the killing of many thousands of pregnant and nursing females and therefore prevent the suffering and eventual death endured by tens of thousands of dependent leverets, recognised by DEFRA as a huge animal welfare issue.

Only a legally binding close season can offer real protection for hares during their breeding season.

Brown hare populations have seriously declined by an estimated 80% from 4 million hares a century ago to around 750,000 today.

In 2012  our Co-founder Lorraine Platt organised the very first hare protection Parliamentary Event to be held in the House of Commons with Humane Society International UK, hosted by cross-party MPs Neil Parish  Angela Smith and Adrian Sanders to highlight the need for a close season, an event which attracted the interest and support of 14 cross-party MPs. Conservationist Bill Oddie joined the event.

Voluntary schemes are extremely hard to police or monitor, and they offer no opportunity to use punitive measures in order to encourage compliance. In addition, we do not believe that a voluntary scheme would act as a deterrent to those who poach or course hares illegally.

While we welcome any initiative that reduces the level of persecution suffered by hares, we are strongly of the opinion that only a legally binding close season can offer real protection for hares during their breeding season.

Its time for a close season for hares.

Presenting his bill to MPs on 18 March 2014, he said: “The law currently allows them to be killed both as game and to prevent serious damage to farm crops. Link

“However, unlike other game animals they have no close season in which to raise their young. There is some existing legislation that covers hares but I, along with many others, think a close season is the least these amazing creatures deserve.”

Media release from George Eustice MP on his Bill calling for a new close season to protect hares during their breeding season. (2019)

‘George Eustice has today called for a new close season to protect hares during their breeding season as official statistics showed that around 300,000 of them are shot for sport every year.

Hares are an iconic animal for many in the country, but the failure to arrest the decline in numbers have seen calls increase for the introduction of a close season. It is estimated that the UK wide population has fallen from four million in the late 19th Century to under 800,000 now. This is predominantly an animal welfare issue in that dependent baby hares (leverets) are left to starve if their mother is shot.

The 10 Minute Rule Bill would provide a long overdue update to the 1892 Hares Preservation Act which no longer works to deliver its intended purpose. Now more than 127 years later the Bill would simply introduce a modern close season consistent with that which we already have on other mammals and birds in legislation like the 1981 Wildlife and Countryside Act, and similar to the close season already in place in Scotland.

George said, “Even the Victorians recognised the importance of protecting hares during their breeding season but the 1892 Hares Preservation Act was delivered through a ban on sale and its provisions are longer effective, nor enforced. These days hares are shot for sport and generally not sold in markets and the Victorian legislation also predates the advent of refrigeration and freezer technology.

“Orphaned, dependent leverets perish when their mother is killed and there are pressures on the hare population. England and Wales are among the few remaining European countries that do not have a modern close season on shooting hares during their breeding season which is a terrible oversight. The legislation I propose would update the law by putting in place a ban on the killing of hares during the breeding season similar to that in Scotland and consistent with the approach we take to other close seasons on mammals and birds.”